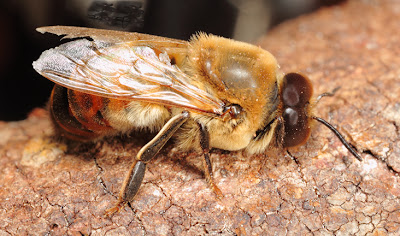 While mowing the front lawn recently I noticed this Honeybee, Apis mellifera. It is a drone, a male. Male honeybees are larger and more robust than the females. Their primary function is to mate with a queen. After this they are doomed because they lose most of their genitalia in the process (When you get stung, it's by a female honeybee. it is the modified ovipositor that gives you the jab and it is left in the wound rendering the bee to a very short life thereafter.) 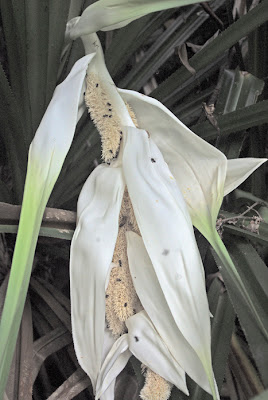 This drone may have been attracted to the flowering pandanus. But you can see he's had a rougfh time. He' missing a leg. Once his job is finished in the hive, he gets short shrift-he's tossed out. Also in autumn I recall seeing many drones on the sidewalks in Canberra, their fcnction completed and left to die or be eaten by birds and lizards. 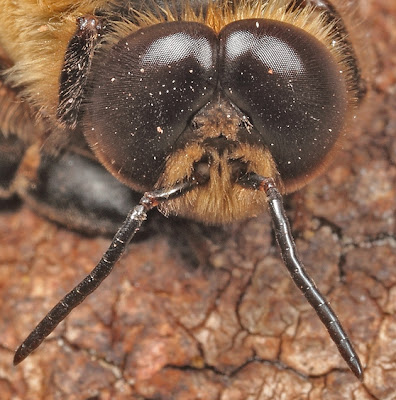 Drone have larger eyes than those of their female counterparts. 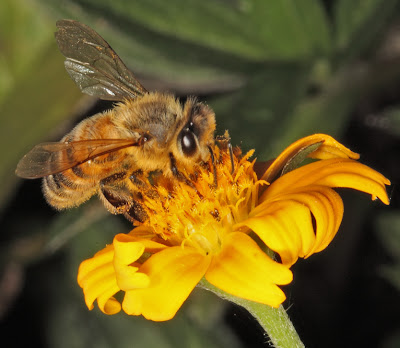