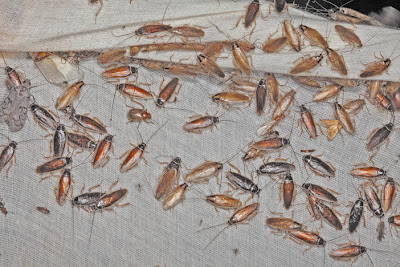 I am writing a Guidebook to Australian Cockroaches for the Guidebook series published by CSIRO, Australia. For the past couple of years I have been taking many trips into the bush for the purpose of adding to the photographic content of the book. A recent trip to The Lynd in south central Queensland proved a bonanza for the cockroach enthusiast. But even this is a bit much.

Hundreds of primarily a single species congregated on the light sheet, apparently encouraged by the pheromones left by their "colleagues". What you see here is primarily two species. The blackish blattodeans are females of an undescribed species Parasigmoidella. The males are the ones with the tawny wings.

There are at least two other species in the photo. They are both in the genus Johnrehnia. They can be distinguished by the light yellow column on the pronotum (a part of the thorax) bounded by wavy black stripes. Not so pretty but the others that accompanied them were very attractive anyway you look at them. 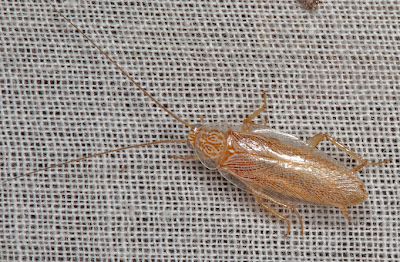 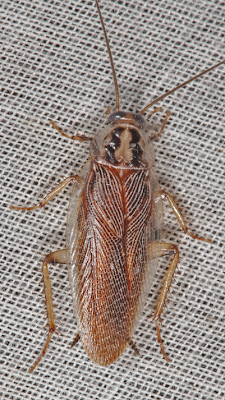 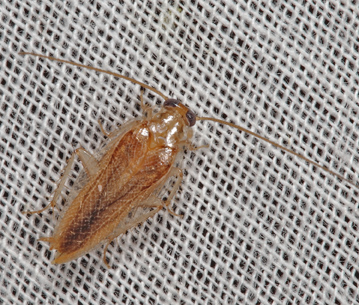 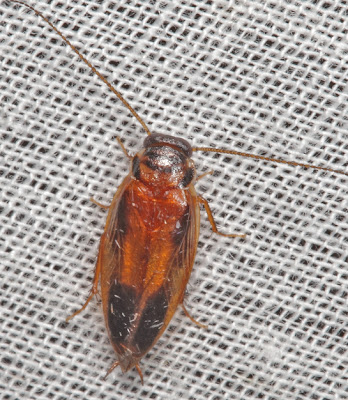 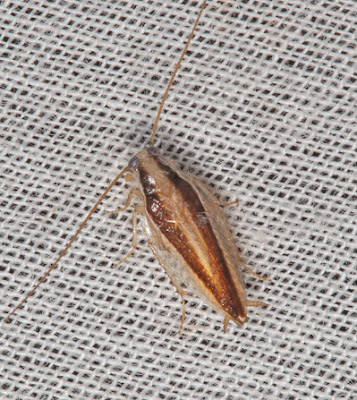 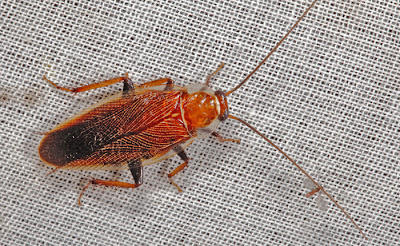 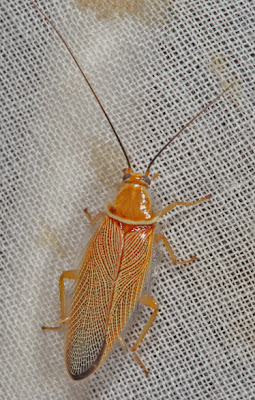 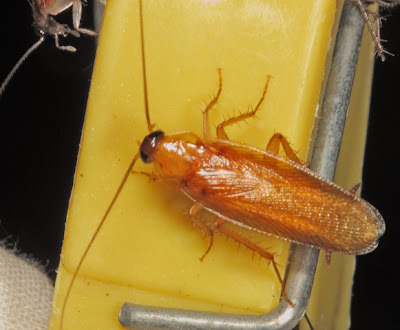 One seldom encounters native cockroaches by day. Many live in leaf litter where they are probably important decomposers, turning the litter into soil. The numbers of species, adults and nymphs in a square metre of leaf litter in the rainforest or eucalyptus woodland attests to how important these insects must be in the health of the bush. But for the most part, we really have no idea where these roaches are during the day. Some probably live under bark or in bark cracks, others in unfolding leaves.

The Ellipsidion species are a bit unusual in that they are diurnal in their activities. The often can be found on flowers of grasses and other flowering plants where they feed on the pollen and developing seeds. They surely must play some role in pollination. Many are brightly coloured and avoided buy birds and lizards.

That's a mighty haul! I look forward to the CSIRO guide.