What's In A Name?


Most people who deal with scientific names (Latin or Latinised words) have some knowledge of what they mean. Generic names can be meaningful or fanciful. It is all in the hands of the describer. As long as the name has not been used before (is pre-occupied) and is not derisive or needlessly obscene, most editors will accept an author’s choice.

Not all authors provide readers with the derivation of their names.
Francis Walker named hundreds of genera and species in many groups of insects. In fact he was paid on the basis of the number of species he named. But that’s a different story. He seldom provided any information on the basis for his generic names. Examples are Dexerra Walker 1869 and Requena Walker 1869 of his genera that were named without a hint of what, if anything, they meant. Both are Australian katydids. Later Ander in 1938 described another katydid and called it Xederra without explanation. I assume it is an anagram of Dexerra. The two are only distantly related.

I preparing the cockroach guidebook for CSIRO publications, I was met by a number of unusual generic names. I know what they meant but would be certain that most readers would not have a clue. Examples are Hensaussurea, Beybienkoa, Carbrunneria, Johnrehnia and Eowilsonia. You can get a hint from the last two. They are all generic names composed by combining the first and last names of the persons to be so honoured. [And yes, it would be an honour to have a cockroach genus named for you!]

Here are some notes on the origins of the above names. This may add some interest to discovering the richness of the Australian fauna.

Karl Princis, the Swedish entomologist, was the first of the modern taxonomists to combine Christian and surnames into one latinised word. Louis Roth, the most recent perpetrator, continued the trend with a few of his own. 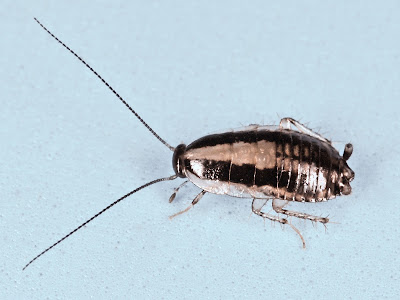 Named for Henri Louis Frederic de Saussure a distinguished Swiss entomologist who was skilled in unrelated fields such as geography and mineralogy. He founded the Geographical Society of Geneva but spent most of his time at the Natural History Museum of Geneva. 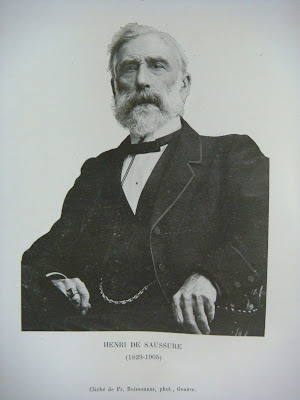 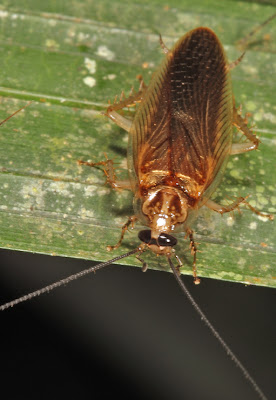 Named in honour of Karl Friedrich Brunner von Wattenwyl (1823-1914) was a Swiss entomologist. He was director of the telegraph office in Vienna but was mostly interested in entomology. He published many important works in the field of orthopterology. He was also Professor of Physics at University of Bern, 1850-55. 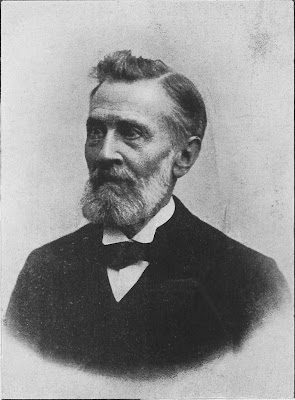 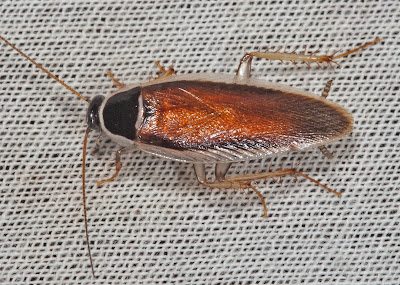 Named in honour of John William Holman Rehn was the son of James A. G. Rehn, Curator of Orthoptera at the Academy of Natural Sciences of Philadelphia. He took up an interest in Entomology and published several papers on the higher classification of the cockroaches that were based on their wing venation. He spent his career in the US Army. 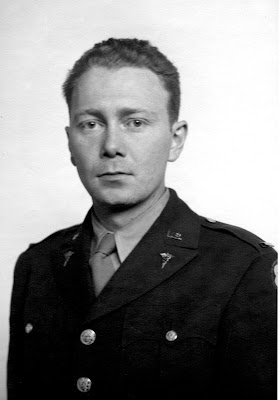 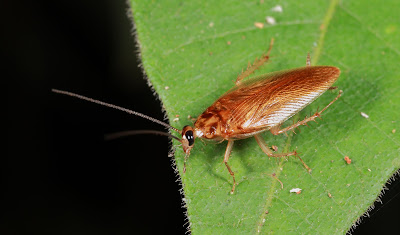 Named in honour of Grigory Yakoveivich Bey-Bienko (1903-1971) a Russian entomologist of considerable note. He studied many groups of orthopteroid insects and had several genera and many species named in his honour. Prof Bey-Bienko was the Stalin Prize winner in 1952 in honour of his international recognition as an entomologist. 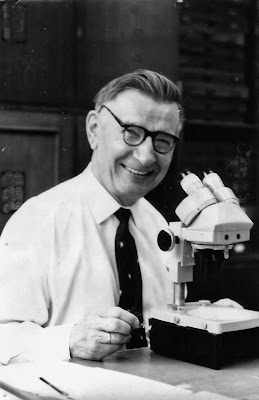 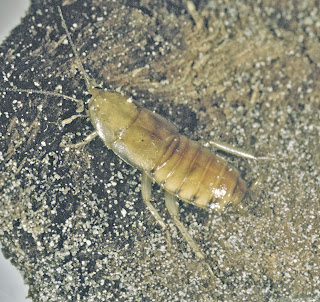 Named for Edward O. Wilson (1929-) the noted biologist, conservationist and entomologist specialising in the study of ants. He is known and the “Father of Sociobiology” for his books depicting the biology and behaviour of ants. He is Professor Emeritus at Harvard University where Louis Roth, the author of the genus, worked for many years in retirement. 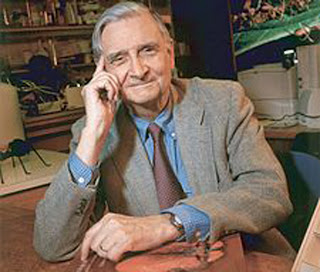 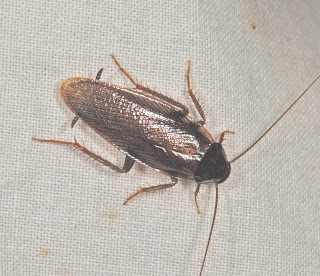 The much maligned Francis Walker. The cockroach genus Franwalkeria Princis is named in his honour. Ironically, it is now a synonym of Paratemnopteryx!
Posted by Mr. Smiley at 10:22:00 6 comments:

It has been an unusually dry wet season in the far north of Queensland. To the south it is a different story with record rains and floods in south Queensland and northern New South Wales. The February rainfall averages from 100-600 mm in Kuranda. This year we received 114 mm.

The insects have been patch at best but here are a few examples from recent forays into the local bush.

The Tinaroo Road near Mareeba offers a number of different habitats ranging from wet eucalypt-acacia woodland to rather dry, sparsely vegetated mixed woodland. Along the creeks, there is gallery forest and natural grassland---where it has not been devastated by grazing and burning. 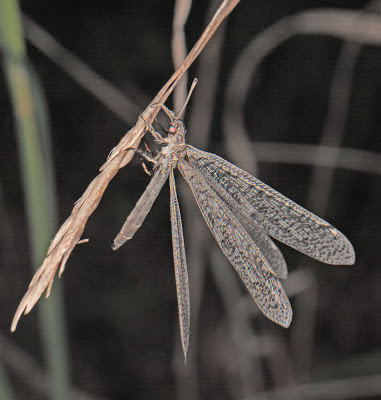 Antlions are frequent visitors to the lights, especially in mixed woodlands. 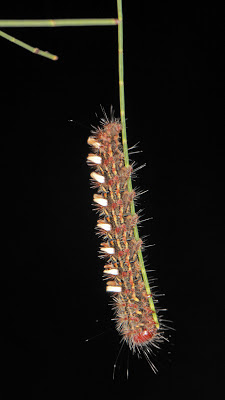 This caterpillar was found on the tip of a Causarina needle 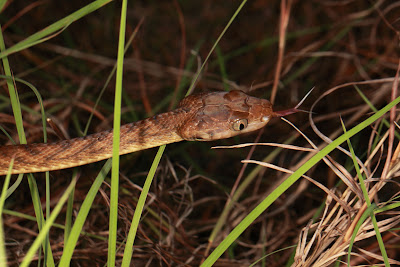 This Brown Tree Snake, Boiga irregularis, stopped by. It positioned itself on a shrub near the light-sheet and remained there for about 10 minutes after sizing up the situation and deciding there was not much use in hanging around. It is a rear-fanged colubrid snake that feeds on birds, lizards, bats and small mammals. A large example is 2 m but most snakes are much smaller than that. 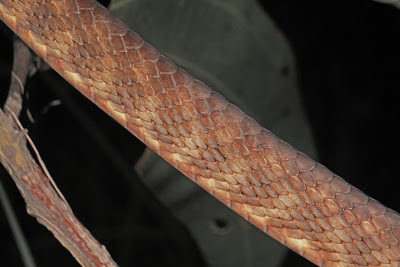 The Brown Tree Snake is often called the Night Tiger because of its striped pattern. It is responsible for devastating the bird population of Guam due to its inadvertent introduction there. 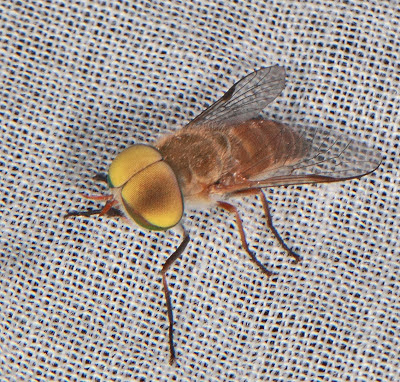 A March Fly. This year they are actually active in March. Females bite ferociously but males like this one lack the mouthparts to provide a blood meal. They feed on nectar and often come to lights suggesting they are nocturnal. Females bite during the day and almost never are seen around lights. Males have large eyes that meet on the top of the head. We have dealt wit this aspect of their life history before. 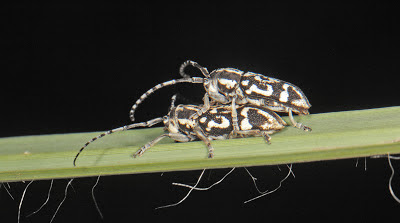 A pair of mating long-horned beetles. This species seems to be associated with grasses.

Late afternoon is a good time to photograph diurnal grasshoppers as the ambient temperature winds down and they decrease their activity. This a male of what appears to be Cedarinia costata Sjøstedt. The dorsal stripe is generally atypical of this species. 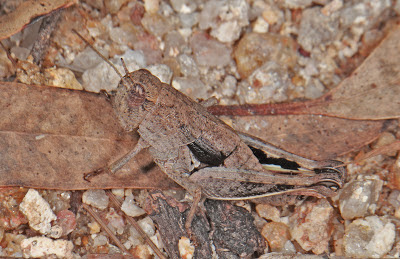 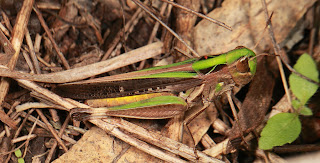 Caledia captiva (Walker): Acrididae; Acridinae; Acridini is a grassland species commonly found along forest margins or at the edges of walking tracks. The white band near the tip of the hind femur is distinctive of this grasshopper. It is distributed along the east coast of Australia and into the tropics and in the coastal areas of the Top End, that is northern Northern Territory and northern Western Australia. It's genetics have been studied in the past by Dr Dave Shaw and his colleagues at the Australian National University. 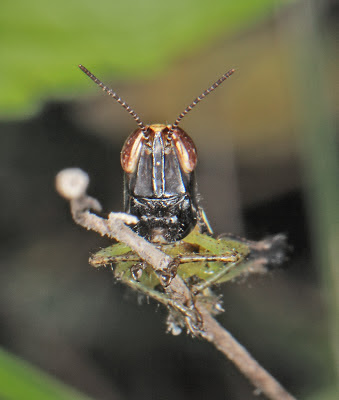 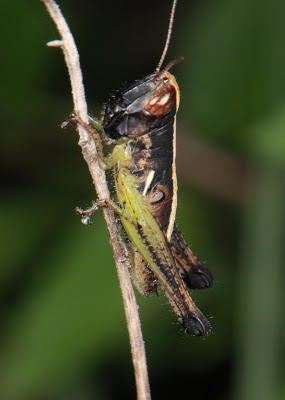 The Black-faced Theomolpus, Theomolpus pulcher (Sjøstedt); Acrididae; Catantopinae; Macrotonina is aptly named. It has a rather limited distribution in the tropics south of the Daintree Region. There is one other species in the genus known from Cooktown. 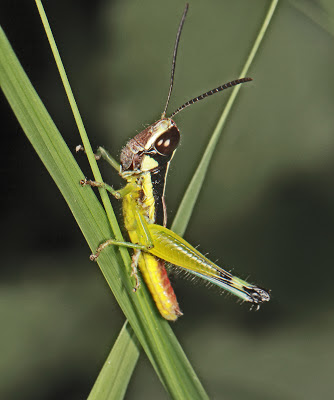 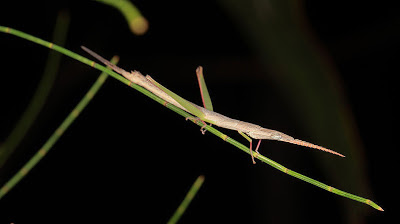 A matchstick grasshopper, Morabidae; Morabinae (formerly family Eumastacidae) at night on Casuarina needle. These grasshoppers appear to be nocturnal. 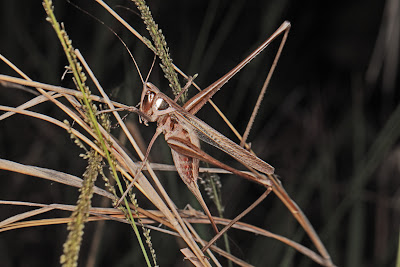 Grass-straddler, Rhachidorus longipennis Rentz: Tettigoniidae; Tettigoniinae;  Nedubini uses its long legs to position and steady itself in tall grasses where it feeds on pollen and seeds at night. The tarsi of the hind legs are elongated to help it grasp the stems. This genus, and several others in Australia, is distantly related to those in both southern Africa and the Pacific northwest of North America. 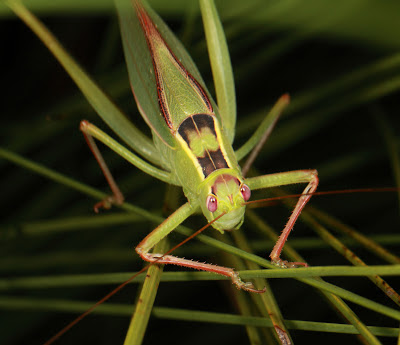 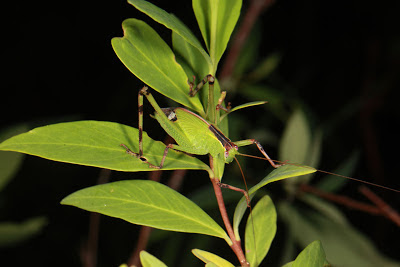 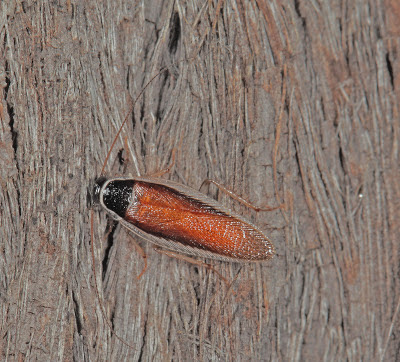 Male Johnrehnia sp.: Ectobiidae; Blattellinae feeding on eucalypt trunk. Females of this species are black. This was one of three Johnrehnia species found a this site. Nothing is known of their activities. Some species of the genus are commonly found in leaf litter but the activity patterns, ecological requirements and and feeding habits of most blattellines are largely unstudied in Australia.