A Word About Lizards 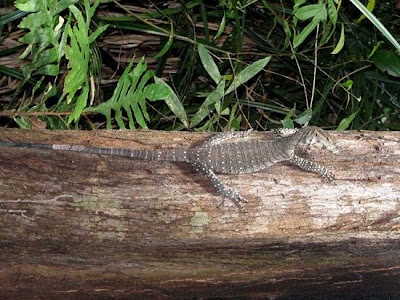 Nothing has been said to date on the lizard fauna in this blog. Kuranda has a nice selection of lizards ranging from some very small species to intimidating giants. Of interest to readers in the northern hemisphere are the different families that occur here that you won’t find in North America. Where the Iguanidae are well represented in the New World, we have no species in this family here. But we have “look-alikes” that you would easily mistake for iguanids that are in the family Agamidae. These are sometimes called “ecological equivalents”. But this should be used only loosely as we don’t know enough bout the intimate details of the life histories of these species to be certain they are really ecologically equivalent. Suffice it to say when comparing Old World and New World species that there are some that display convergent evolution, that is in some way they resemble one another but are not related. We see this in all groups, not just lizards. 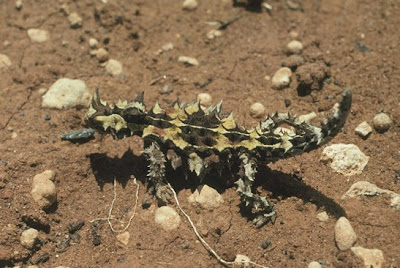 The Mountain Devil, Moloch horridus, of the Australian dry interior resembles a North American Horned Lizard but is an agamid, not an iguanid. However, like the North American examples, it feeds on ants. Similarly, our Boyd’s Forest Dragon looks like an American iguana but is unrelated. It is another agamid. 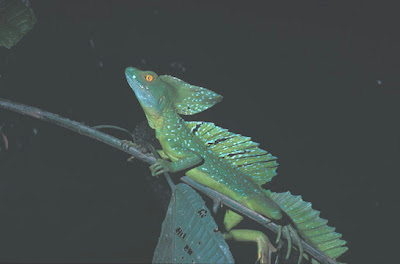 This Basilisk resembles Boyd's Forest Dragon to some extent. It is a member of the Iguanidae while the BFD is an agamid. I have been following a young lizard that returns from time to time to collect insects with me at the lights. It frequently spends the night on an adjacent palm frond but by first light, it is gone. I can tell it's the same individual because of its markings. 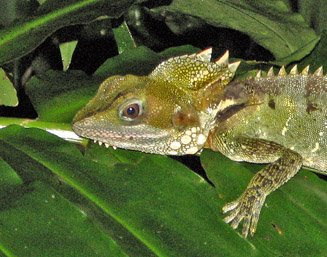 As a young lizard a couple of years ago, it would come to the lights and sometimes scamper up the sheet eating beetles and moths as it made its way up. 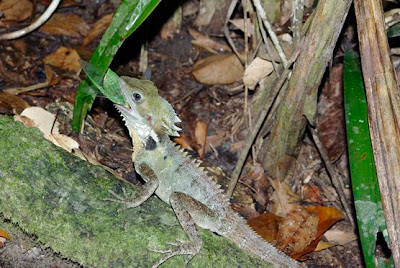 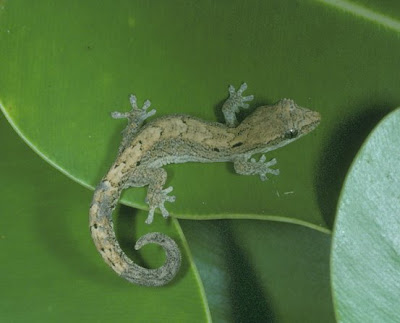 Geckos are more often heard than seen in the northern Australian tropics. The Asian House Gecko occurs in and around dwellings. It has been moved around the tropics by commerce. In the house it performs a vital service in catching insects and spiders. It has a call that our Cockatiel imitates. They do this as a territorial display and in courtship. These lizards are wary and are not easy to approach even though they live in close contact with humans. They spend the daylight hours behind pictures or in drawers. Their eggs can often be found in folded clothing or behind books. Quite a successful lizard as far as adaptation is concerned. The gecko above is only similar to the Asian House Gecko. It is a native species from the Daintree region just north of Cairns.

Skinks are not common lizards in North America but they are relatively common in Australia. You can find several species at any given locality. We have several at Kuranda. The smaller skinks can be approached and easily photographed. 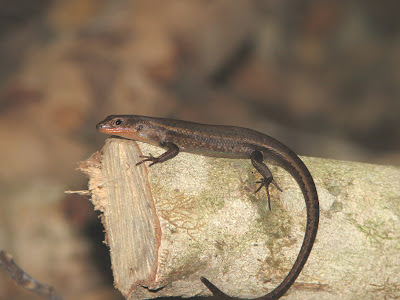 Carlia rubrigularis is aptly named. It can be seen on the ground in the sunshine. It seems common and is probably the food of many predators. This species is endemic to coastal rainforests. 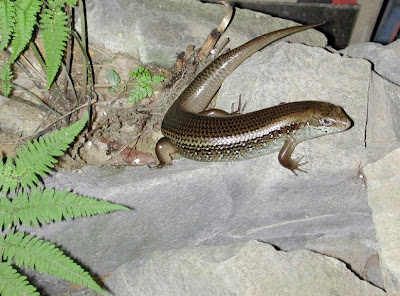 Egernia frerei, the Major Skink, is a large fellow with northern affinities. It has been found in southen New Guinea. It is shy and seldom seen for more than a few minutes. We think we see the same individual each time but we can't be sure. It has to be wary because of the number of potential predators ranging from Brush Turkeys and Butcherbirds to other lizards and snakes.
Posted by Mr. Smiley at 17:21:00

You have some princely lizards down there. Excellent first hand post on your local lizards.