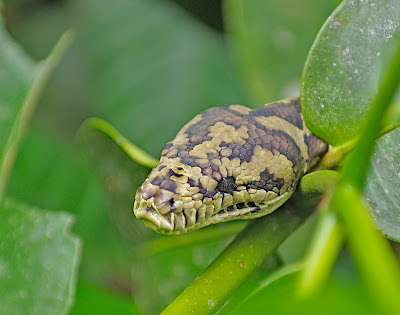 This one seems to have characters of both subspecies or races. This is probably because this individual is hybrid between the two. But since they are the same species, they share the same genetics. If the two races overlap, then a blending of characteristics should result in the offspring. In any case, this fellow appeared in the daylight and was very unexpected. I  almost stepped right on the poor thing. 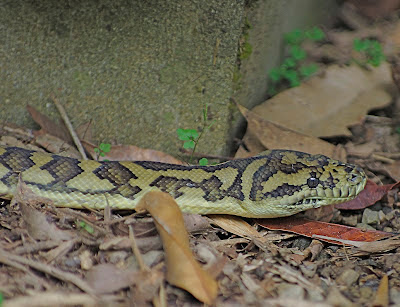 The snake was not disturbed by my presence. But it was on the hunt, searching on the ground and in shrubbery. 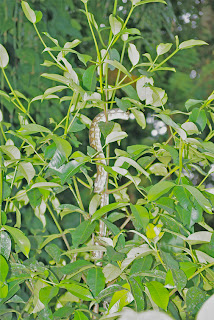 It checked out this small tree and eventually came to ground and disappeared into the bush. This python is fond of taking up residence in attics and rooftops. It feeds on mice, various mammals and birds. Sometimes pets are taken and if the pet was wearing a flea collar, the snake could be in trouble and die from the expericens
And that's the end of the tail (tale) of the Python. Moral: Always watch where you step in the rainforest. 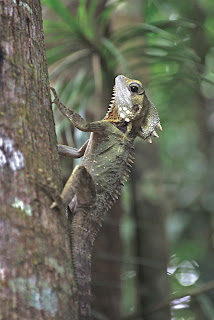 One of the locals who watched the entire proceedings But he had no worries. The python would not be interested in this Boyd's Forest Dragon.


Thanks to both Michael Cermak and Alan Henderson for comments and icentifications.
Posted by Mr. Smiley at 15:24:00 1 comment:

I guess it is time to report on the progress of the local cassowaries for this year. 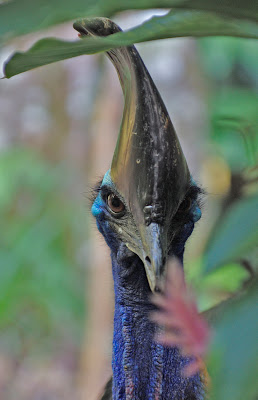 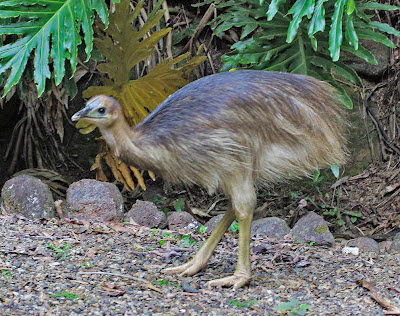 The local pair had two chicks. This photo is early in their development when they were just coming out of the "stripey" phase. 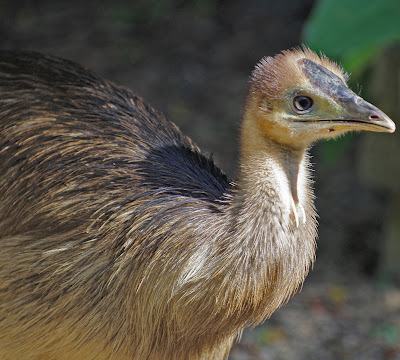 A few weeks later they are teenagers. 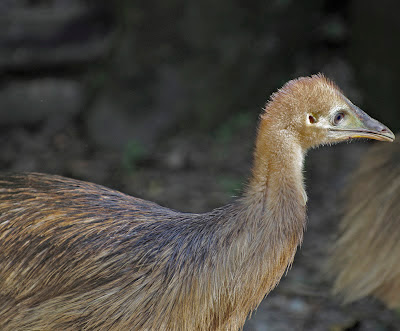 But then about 3-4 weeks ago, the parents started pairing and they bubs were deserted, left on their own to find their food and shelter without the aid of the parents. This seemed weeks or months early. Usually the chicks are fairly large when the male begins driving them off. We have had a rather warm autumn and maybe this has confused the internal clocks that govern their activities. The bubs now come and go on their own but seem much more hungry than they would be if Pops was looking after them. They have to learn where the fruiting trees are in the forest and where to look for new sources.

The sounds Cassowary chicks produce are distinctive. They have several different calls. These were presented on this blog some time ago. 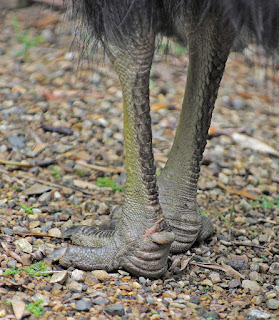 Several months ago a deep gash just above the male's left heel. We have no idea how he received this injury. We felt that it could become infected and that would be it for him. But it was the rainy season and the cut healed nicely. There was a rumour that one of the neighbours spray the wound with an antiseptic---something I would never attempt even with a fairly friendly birds like Mr Cassowary. The wound has healed and is now a bulging blister-like tubercle on his left heel. 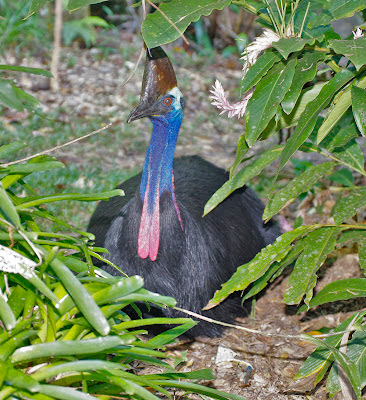 Mr Cassowary taking a well deserved rest in the sun. 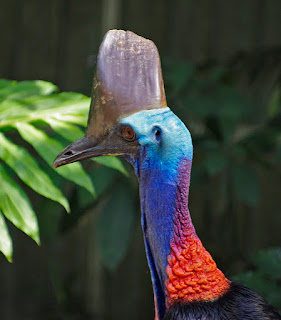 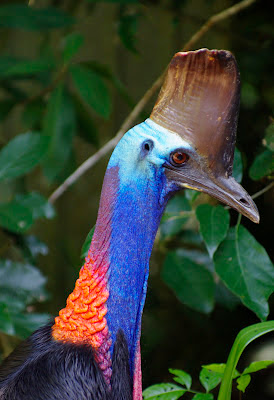 With a little study, the minute differences can be seen and one can learn to recognise individual birds.
Posted by Mr. Smiley at 10:29:00 3 comments: