There have been a few sitings of the Lumholtz Tree-kangaroo in Kuranda over the years. A dead individual was seen along the Kuranda Range Road and one was reported near the railway station years ago.

But here's a recent siting in a garden on Gregory Terrace, Top of the Range, Kuranda.

The Lumholtz Tree-kangaroo is the smallest of the Tree-kangaroos weighing a little over 7 kg. These animals are more associated with altitudes higher than in Kuranda (330 m). Although they have a limited geographic range they are not uncommon on the Atherton Tablelands. Viral infections
were said to lead to blindness in these creatures. However, this hypothesis has been largely discredited.

Tree-kangaroos frequently come to ground and there they are susceptible to attacks by dogs. And they don't mix well with automobiles. They are often seen during the day as well as night. 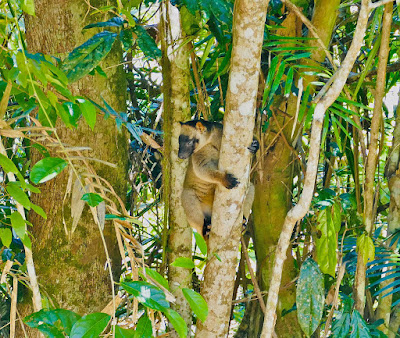 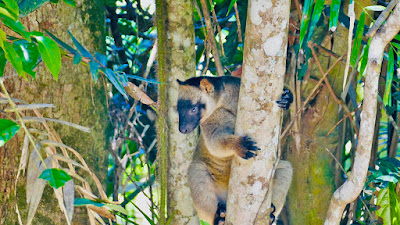 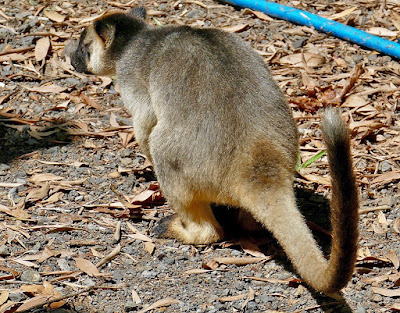 Thanks to Ms Carrie Bies for the photo
Posted by Mr. Smiley at 16:45:00 No comments: