The local Brush Turkey major domo decided to build a mound near our driveway in the same spot that another male had chosen when we moved in to the place about 15 years ago. It must have "turkey appeal"-- but not that much because when I started to discuss sharing the eggs, he left and has not been back for a day and a half. But I suspect he's just on walk-about. They are said to make "decoy mounds" to try and deceive predators! 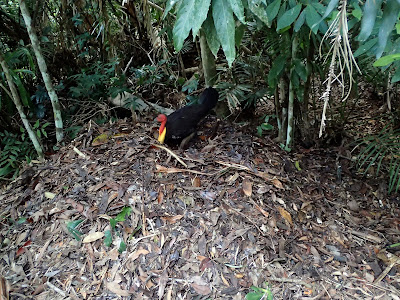 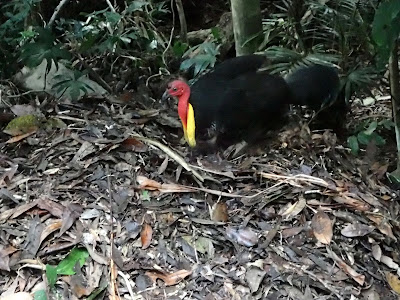 The three chicks are still with us even though we see them and their father in the middle of Butler Drive from time to time and they have to cross busy Black Mountain Road to get to Butler Drive. But since "Pops" has been around for over 40 years, he seems to be very vehicle-aware!

We provide them with a mixture of fruit in the mornings. 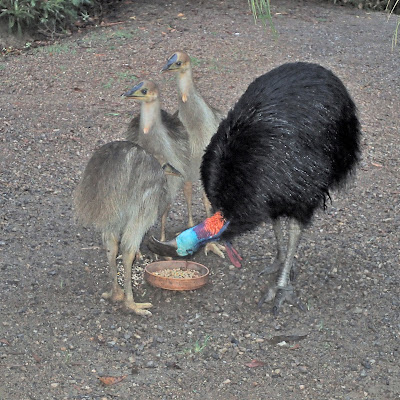 The bubs have lost their stripe but they still have their juvenile "squeaks" and the wattles are starting to appear. 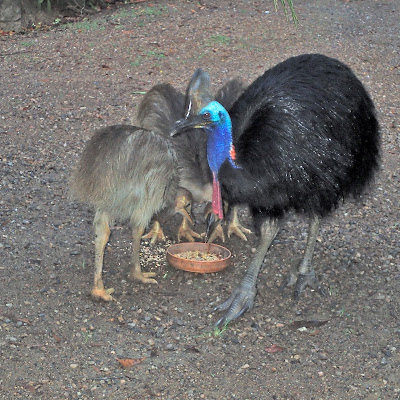 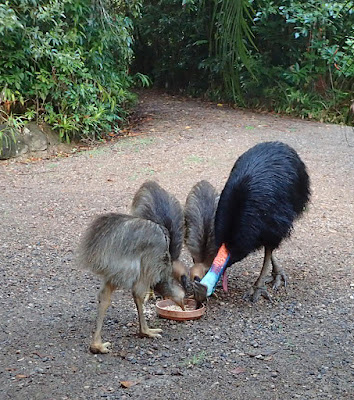 On 10 November 2018 Buck Richardson and I were wandering around Nymbool Rd near Mt Garnet, Queensland taking photos of insects and enjoying the bush. Shortly after dark the weather turned to light showers, not wet enough to curtail activities. Shortly thereafter we noted a mass emergence of cicadas in some open bushland. Within a hour there were dozens of cicadas making their way to the surface of the ground in the humid, wind-free conditions. We followed a few individuals from the time we saw them until the adult appeared. Max Moulds identified the cicada as Macrotristria intersecta.

Here are a few of the photos from the emergence. 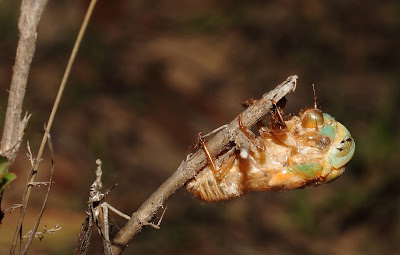 Coming out of the ground this nymph has grasped a twig and will continue to moult to adulthood. It is subject to predation during this time. Ants, Cane Toads, rodent, birds as well as predatory insects can interfere with this process. Fire and extreme weather can also take its toll. The cicadas have numbers on their side so that if a few are sacrificed a few will survive to carry on the population. 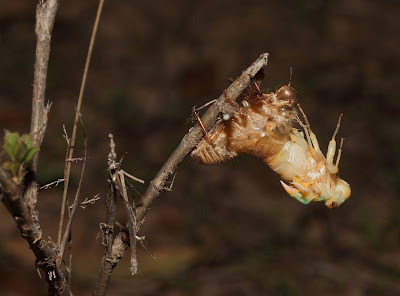 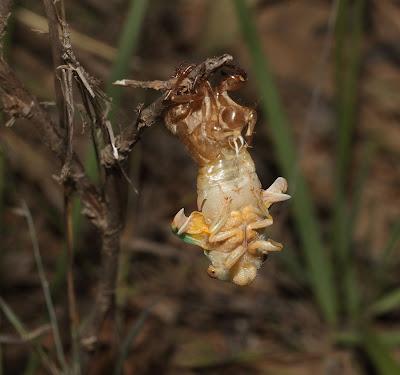 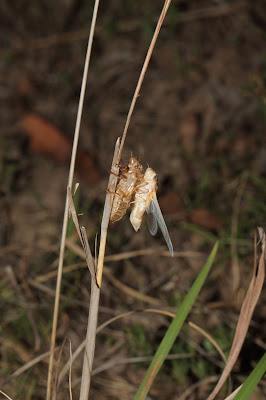 Newly emerged after 1.5 hours or so. Now for the wings to harden and it will be ready to take to flight in the morning. 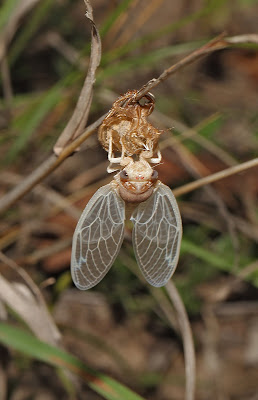 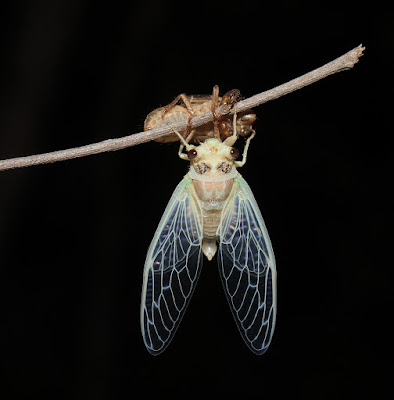