Almost every trip into the bush reveals a derbid or two. Pandanus palms seem to harbour several species depending on locality and possible the specific plant host.

Recent wanderings in the Emerald Falls Road, near Mareeba, Queensland uncovered a rather colourful species that has a historic taxonomic history. 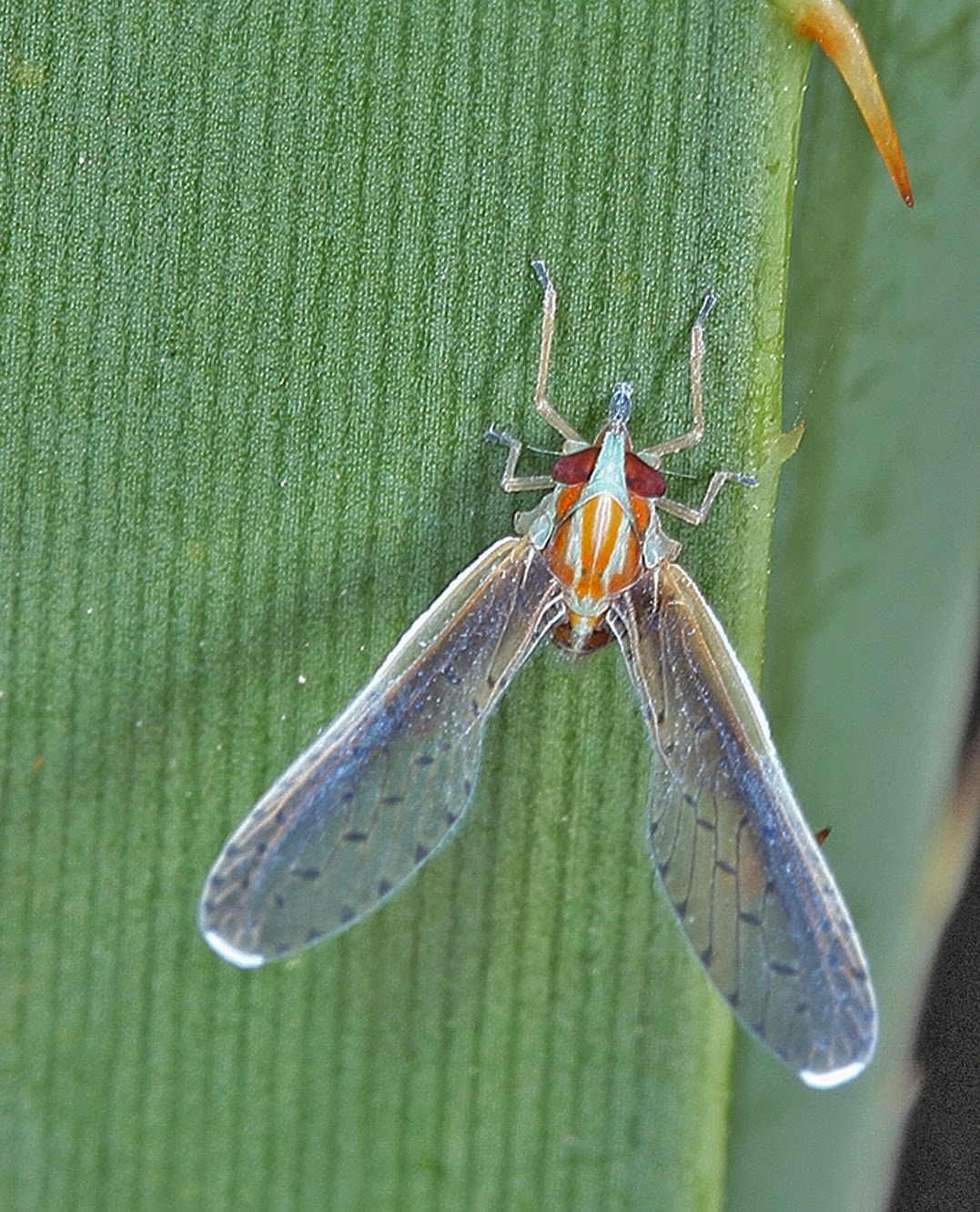 The area had undergone the normal annual burning regime (for reasons known only to the local council!) and most of the small shrubs have been replaced by introduced grasses and weeds. A small amount of leaf litter has remained in pockets and this has saved some of the fauna.

The pandanus host of the derbids was burnt but not very thoroughly. As a result these insects have survived but other pandanus insects such as earwigs, cockroaches and katydids were not to be seen.

Murray Fletcher has identified the derbids as Lydda elongata (Fabricius)

He sends the following note:
"Known host: Pandanus (Pandanaceae) (Kirkaldy 1906)
The original material of this species was collected on the voyage of the Endeavour along the eastern coastline of Australia in 1770. In the original description of the species the locality was simply given as "New Holland" and this (or variations) remained the only record listed by a number of authors between 1781 and 1832 (see Metcalf 1945). The first record of the species from New South Wales was by Schaum (1850) and Walker (1851) but, at that time, "New South Wales" could have meant any part of the east coast of mainland Australia. It wasn't until Kirkaldy (1906) that a more specific locality was provided and this was Cairns in N. Qld. It is quite possible that this species has never been found in NSW as it is defined today, with the original material coming from the Endeavour River near Cooktown in N, Qld. [update: 20.i.2011]"

Fletcher, M.J. (2009 and updates). Identification keys and checklists for the leafhoppers, planthoppers and their relatives occurring in Australia and neighbouring areas (Hemiptera: Auchenorrhyncha).http://www1.dpi.nsw.gov.au/keys/leafhop/index.html 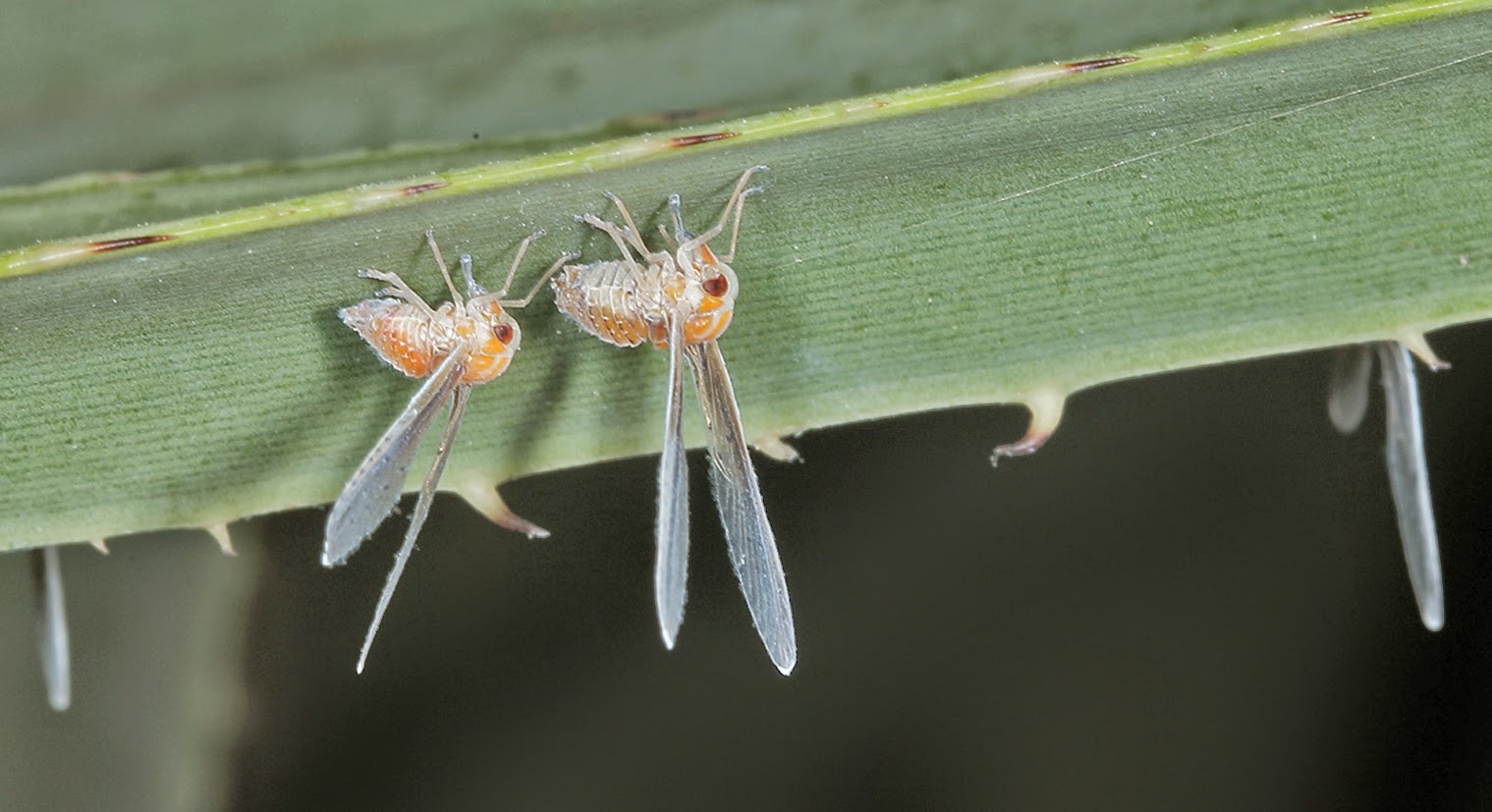 This pair was apparently courting. Note the wings of other individuals on the other side of the pandanus leaf.

Thanks to Murray Fletcher for the facts concerning this little insect.

As Yvonne notes in her "News From Coquette Point", it is very dry here in the Wet Tropics. 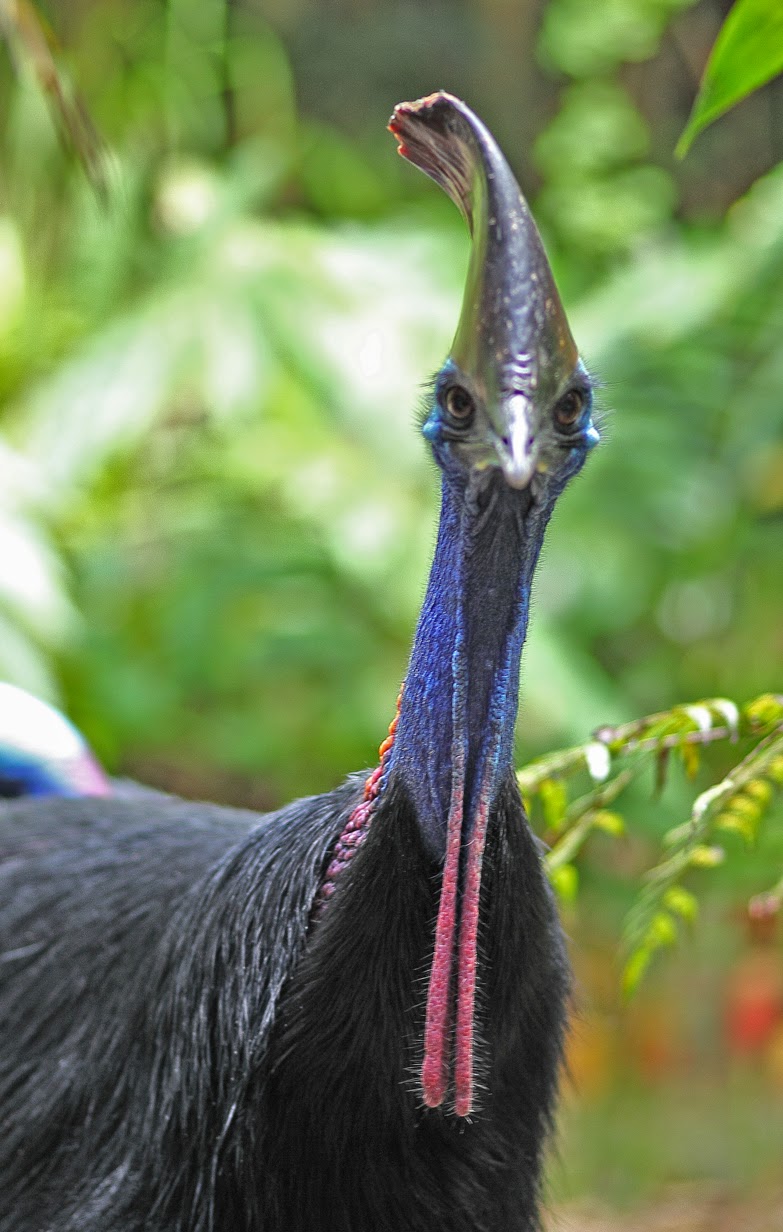 The Cassowaries don't seem to mind. In the past few days the pair have been together and there has not been any aggression on the part of the female. They are probably in courting mode. 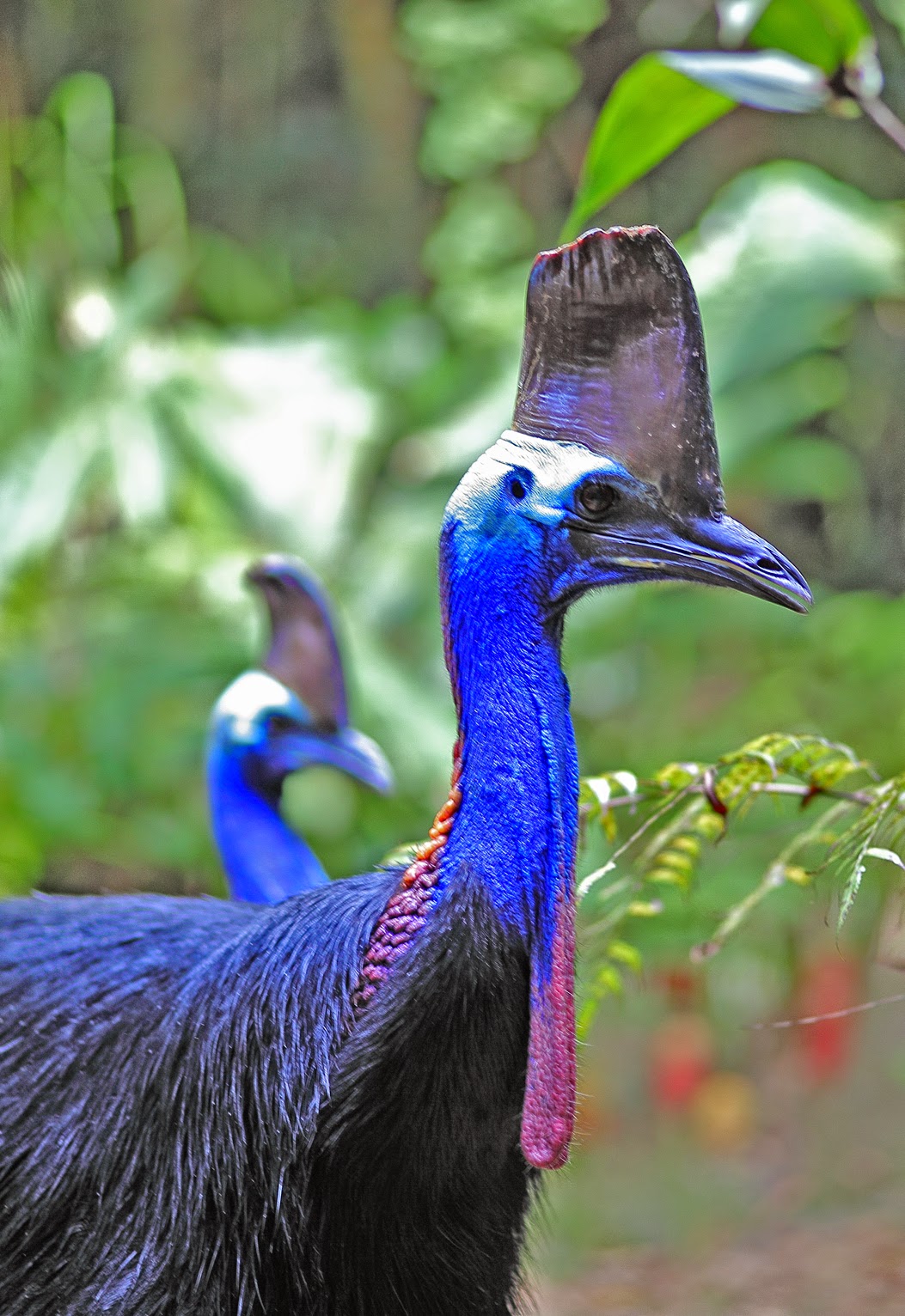 Both are resplendent in breeding plumage. 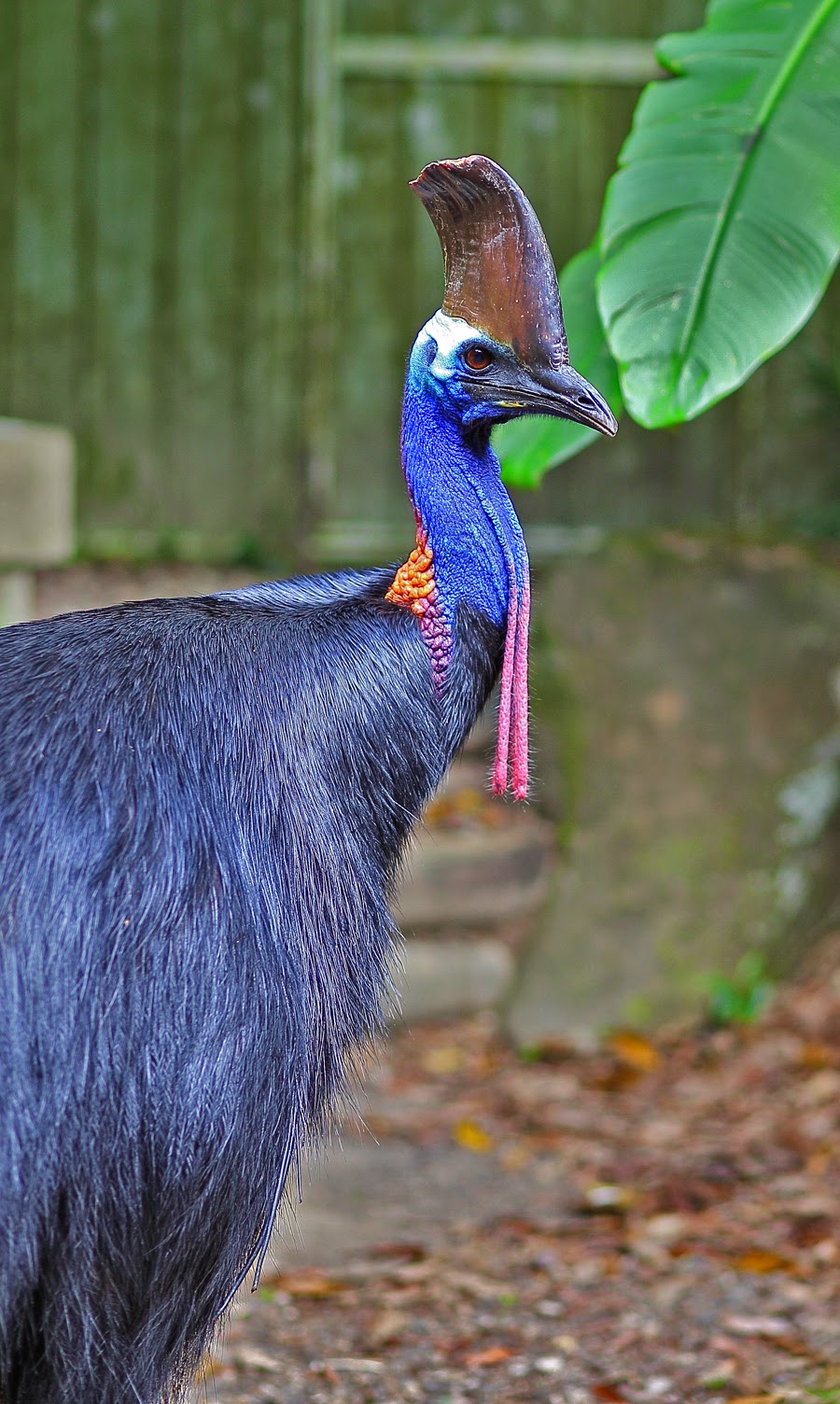 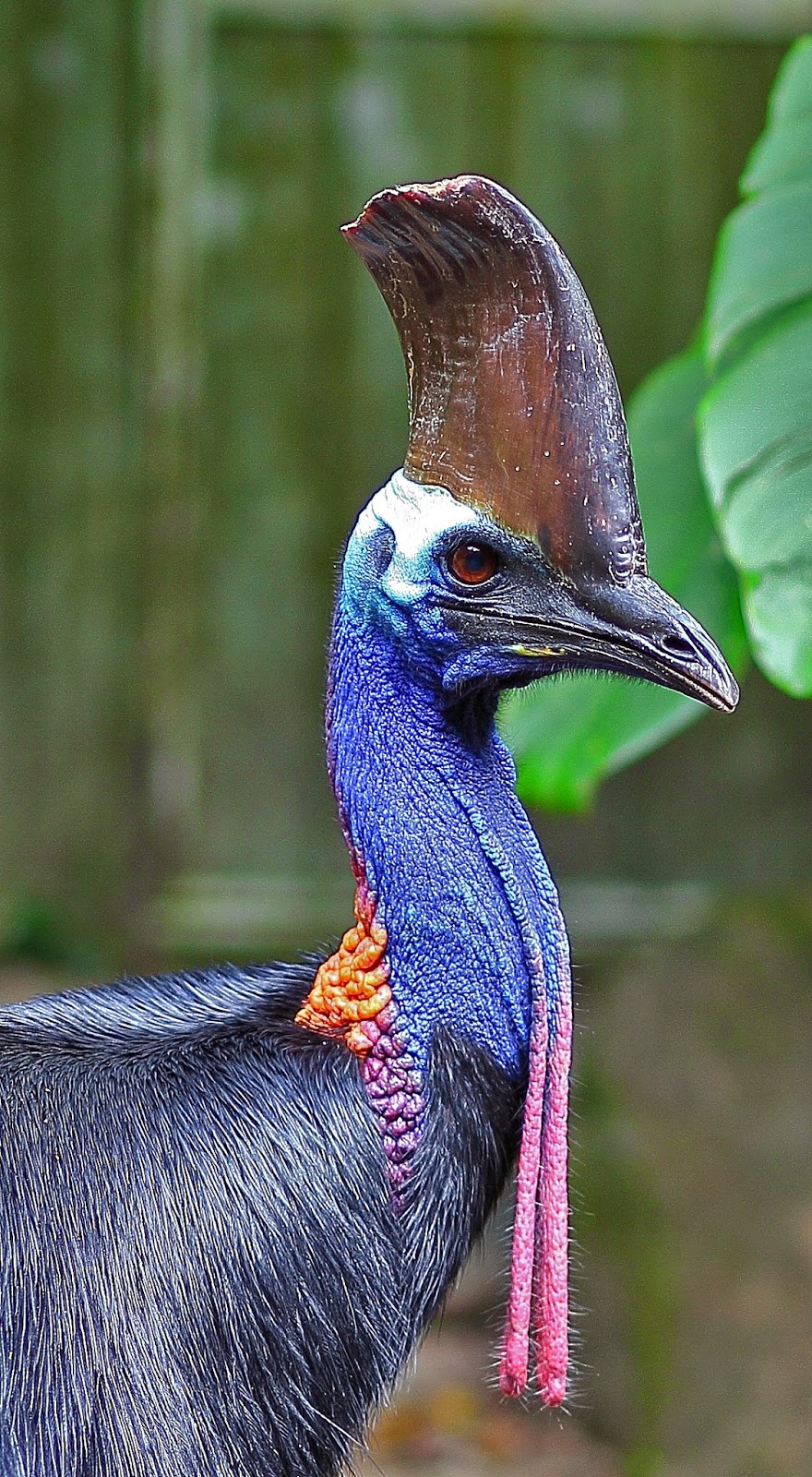 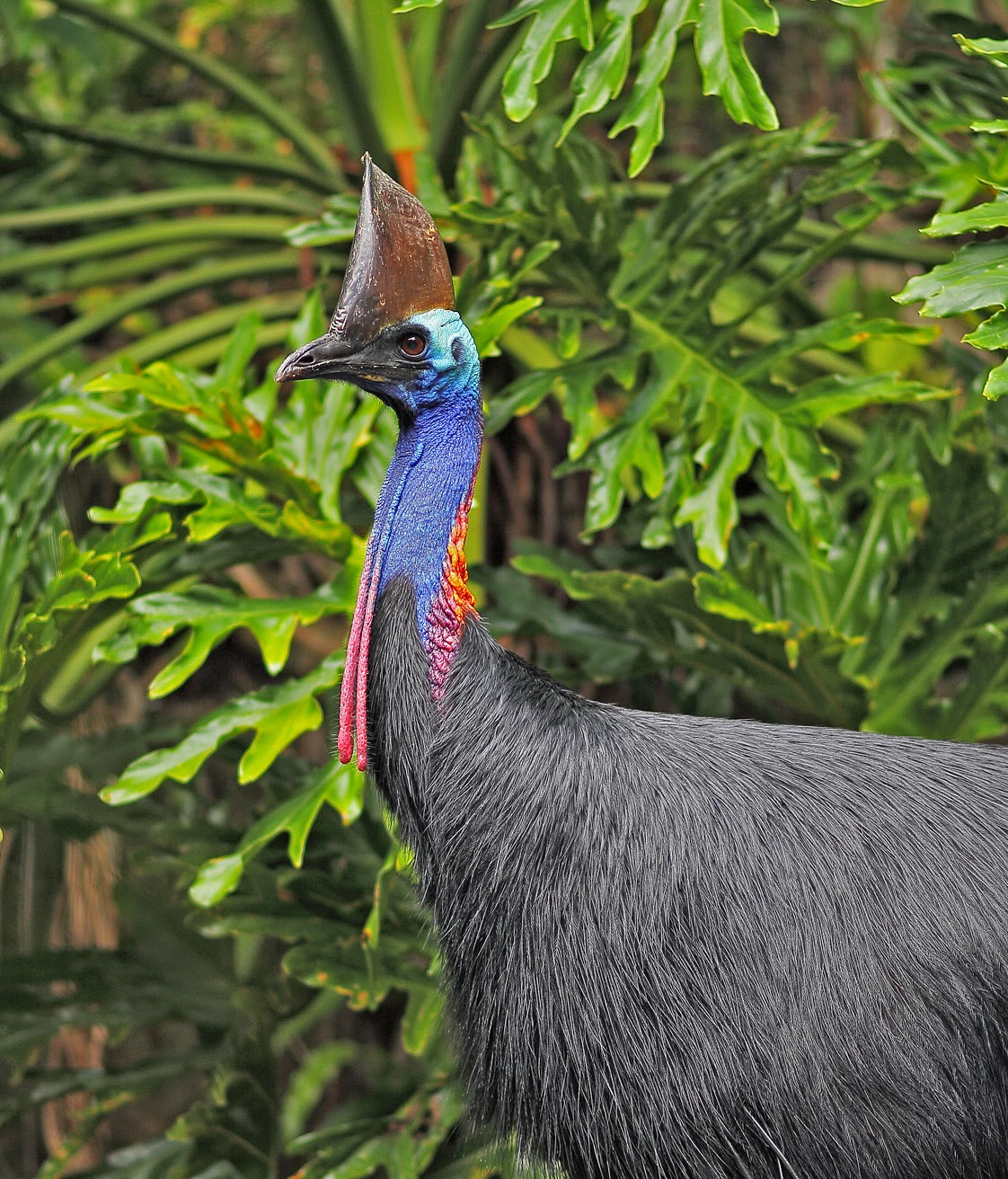 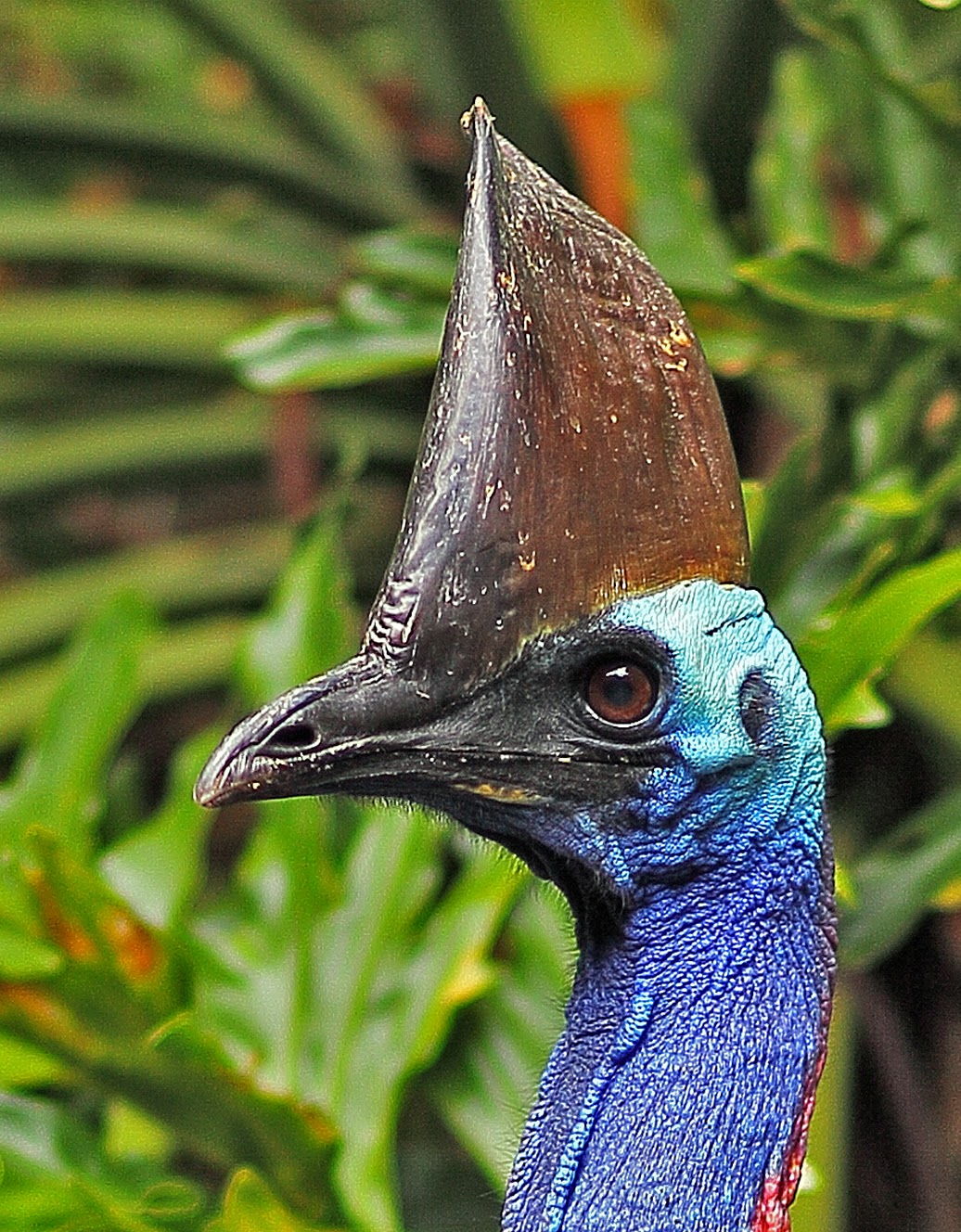 The nicks and scratches on the casque are the result of moving through the tangle of vines and dead branches that accompany their habitat.

Following the Easter visit, both seemed intent in moving up the hill to Butler Dr. Fortunately, it is not very busy today but it will be a startling encounter for anyone taking an early morning walk. The operative in this case is be calm and retreat slowly. Cassowaries are inquisitive and if you run, they will probably run with you!
Posted by Mr. Smiley at 10:32:00 2 comments: