A close-up look at the heads of many insects suggest their function---sometimes, but not always.

Tiger Beetles, Carabidae, Cicindelinae, are not named for tiger-like stripes but for their predaceous habits. Most are diurnal and patrol stream and lake shores where they hawk smaller insects. Not all have such habits, see. In north Queensland several species perch on leaves and tree trunks and lie in wait for unsuspecting prey.

Other beetles like the long-horn Rosenbergia megalocephala, possess powerful mandibles that can deliver a painful bite, but that is not their primary function. These beetles are wood borers and require strong mandibles to tear into rotting wood to lay their eggs. 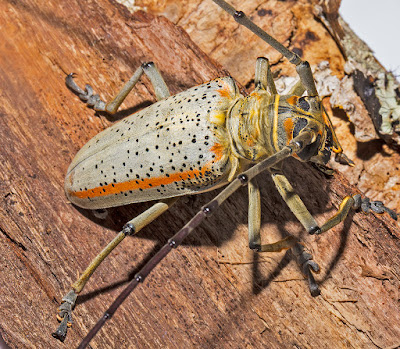 Rosenbergia megalocephala is a fairly common visitor to the lights in the rainforests of Kuranda. 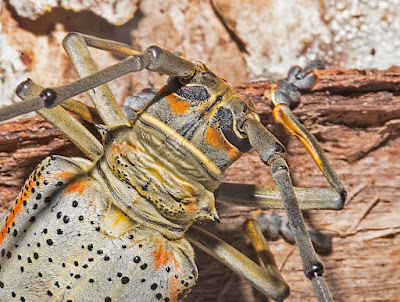 It is a stunning large beetle and a favourite amongst beetle collectors. 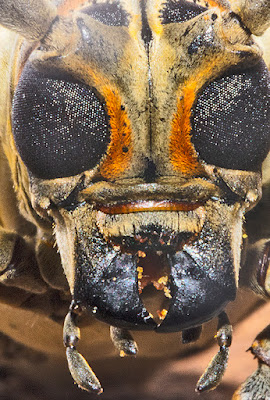 The mandibles are massive and flattened for scooping and tearing. Massive muscles provide these beetles with effective defence as most beetle collectors can confirm. 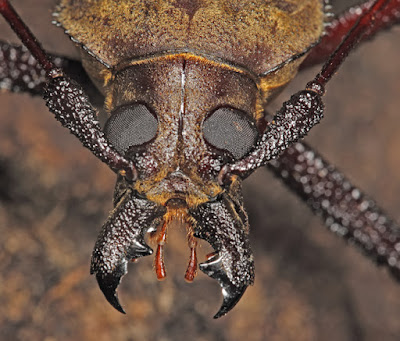 The giant longhorn, Xixuthrus microcerus, is amongst the largest of long-horns in the far north of Australia. It is fairly common and capable of a very effective bite. The elytra are very flexible and if the collector (or other predator) is unwary, the beetle can easily rotate its body and deliver a stunning bite.

Lymexylid beetles often come to the light sheet at night. They can be found during the day in leaf litter or, more rarely, at flowers. This one is in the genus Melittomma. Larvae of some species tunnel in decaying wood and feed on associated fungi. The stains that result cause the timber to be worth less to the industry and the beetles are consideered pests. 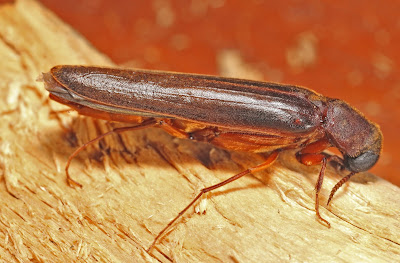 The mouthparts are very small and somewhat retracted into the head. 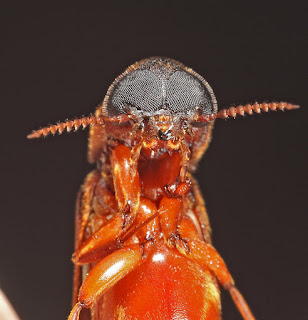 Lymexylid mouthparts are small compared to many other beetles.

Stag beetles (Lucanidae) are so-called because of their large mandibles. In males the mandibles are not used for wood-boring but in jousting with rivals for females. 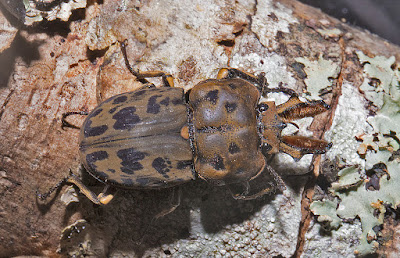 Ryssonotus nebulosus males are impressive. The internal surface of each mandible is lined with brown hairs. This beetle has been found to breed in introduced willows as well as several native Australian trees.

The most iconic of Queensland beetles is Phalacrognathus muelleri. The length and development of mandibles varies in males. The individuals with the largest mandibles are said to be "preferred" by females. 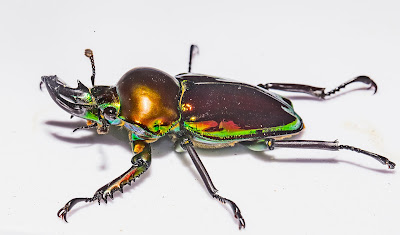 It's a bit of an odd coincidence that two books dealing with the photography of Australian insects have been published in the last 6 months with "Minibeasts" in the title. Both authors were completely unaware what the other was doing.

The latest book on "Minibeasts" is authored by Alan Henderson who together with his wife Deanna own a the Minbeasts Wildlife business operating out of Kuranda, Qld. 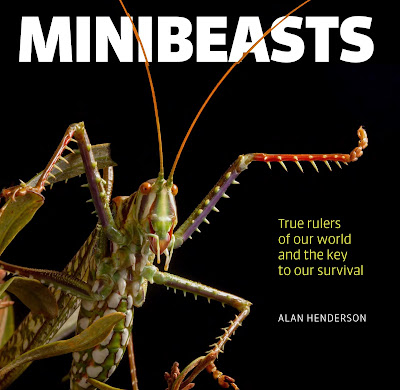 Alan's book is based on Australian insects with a few examples added from their time in Costa Rica. Like Densey Clyne's book, see, the photography is excellent. Both authors are superb photographers. Alan's book also includes stunning photos of spiders, millipedes and other invertebrates. Many of the subjects have never been photographed before. The photos alone are worth the price of the book but the book contains a great deal of information. Each chapter portrays a topic whether it be the role of colour in insects, creatures looking after their offspring or the host of predators and recyclers in the fauna of leaf litter. This book is a wonderful addition to the naturalist's library, published by Exisle, Chatswood, NSW, $29.95.