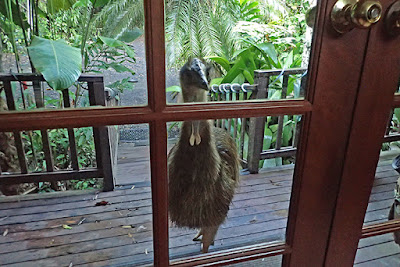 Most mornings a young cassowary comes to the front door. He a recent outcast from his father and is on his own. He/she seems to be doing ok as long as it avoids the sight of his father who will drive him from his territory.

Each year young cassowaries reach to proper stage in their development and they are driven away by their father. They hang around for a few weeks and then disappear never to be seen again. Where they go is a mystery. There is some effort to tag them and to try and determine just where they end up. Unfortunately, recently several have come to grief on the highway. 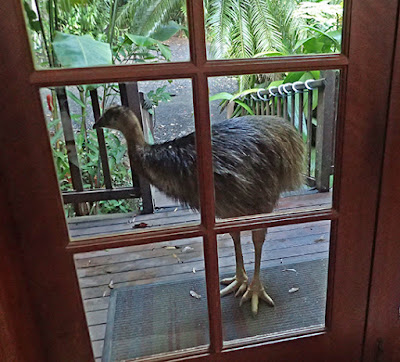 The Giant White-tailed Rat (Uromys caudimaculatus) is just that. A large specimen may weigh 1 kg! These rats are common in rainforests where they have an omnivorous habit feeding on seeds, fruits and small animals. They cause considerable grief to their human neighbours when they chew on plastic and electrical components of automobiles and electric cables in ceilings. Anyone living in the tropics can relate stories to the depredations caused by these creatures. 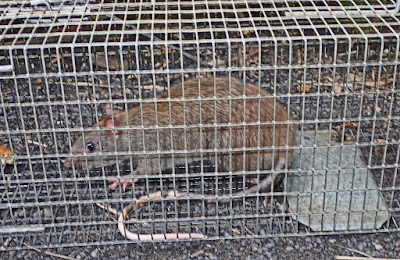 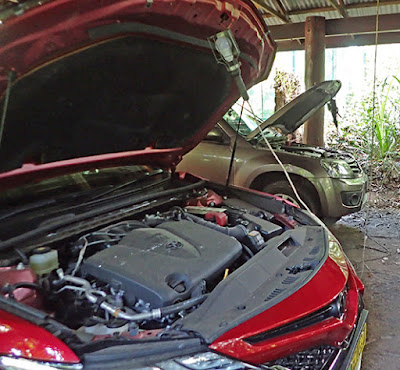 Residents have discovered a way to cope with White-tailed Rat damage to vehicles is to open the bonnet at night and place a low wattage light over the engine. A bit costly to the electricity bill but nothing when compared to the damage a chewing rant can do after dark. 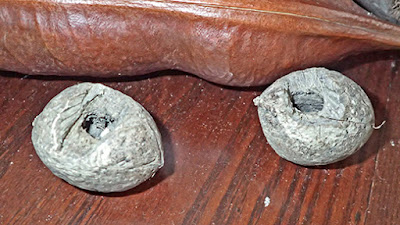 The power in the jaws and the efficiency of the teeth of the rats is seen on the ground where seeds so tough that it would take a mallet to smash them bear the characteristic chew holes of the rat.

Some people trap and kill the rats but they are a native to the area and belong here, we don't. And it is against the law. So we trap the rats and move them many kilometres distant to areas where they can cause no harm--we think.

Giant White-tailed Rats are formidable. When confronted they emit frightening vocalisations and bear their teeth. Care must be taken when dealing with these creatures. Have a listen to the vocalisations of the caged rat bclicking on the link below!

https://soundcloud.com/dave-charles-16/giant-white-tailed-rat-uromys-caudimaculatus
Posted by Mr. Smiley at 13:45:00 No comments: