The annual Moth Night was held in the Botanic Gardens, Cairns on 28 August 2019. More than 50 members of the public attended, including several children. It was a perfect night--warm, windless and dry. Moth Night is an international event with over a dozen countries taking part. It was organised in the Northern Hemisphere during July. Of course, it is mid-summer in July in those climes and moths are at their peak abundance at that time. We decided to hold our Moth Night a month later this year so it would be closer to Spring and maybe a few more moths than usual would be active. It seemed to be a good move but we feel it would have been even more productive if it were not so dry. A good rain a couple of weeks prior to the even might have prompted more insects to emerged from their winter slumber.

Moth-ers assembled at 6.00 pm in the Botanic Gardens Visitor Centre for a short talk and to meet one another and view a couple of drawers of local moth specimens that they might encounter later. Light refreshments were served and then the attendees went out to check the two light sheets, We wandered around observing and photographing insects that were active in the vicinity of the light sheets. Most folks agreed that spiders outnumbered the insects. Several large Wolf Spiders and Huntsmen of various sizes were out and about. Lacewing eggs and a few caterpillars as well as nymphal katydids were discovered. 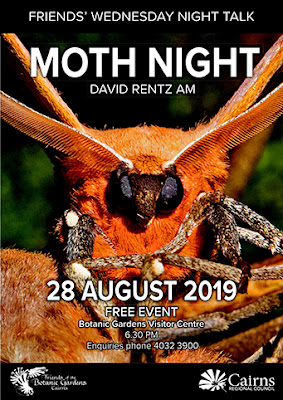 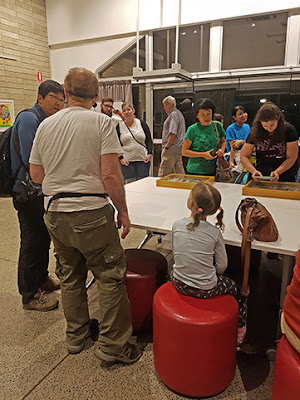 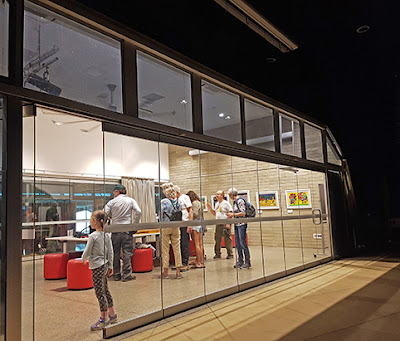 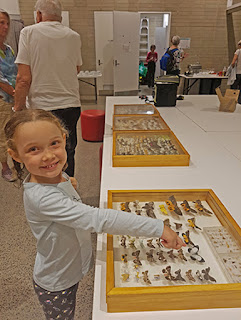 Ava picks the one butterfly amongst a drawer of moths. KB photo 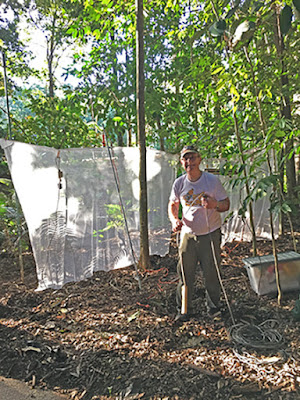 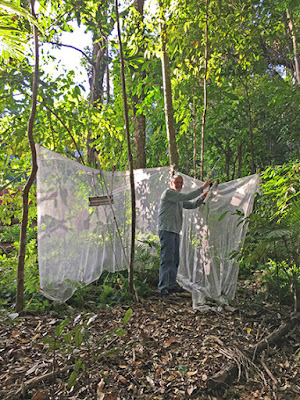 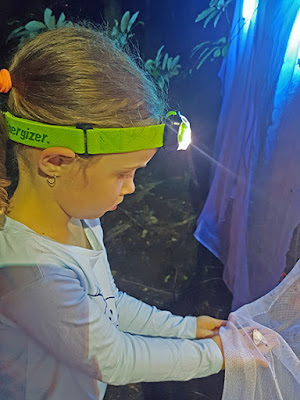 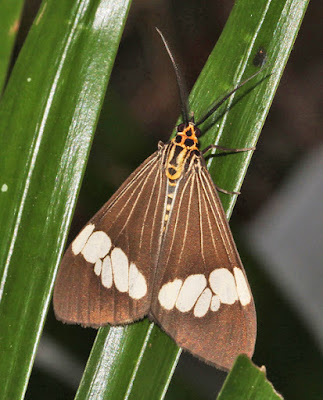 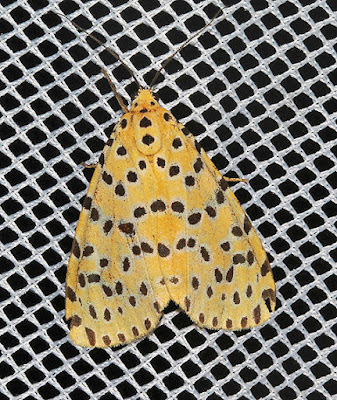 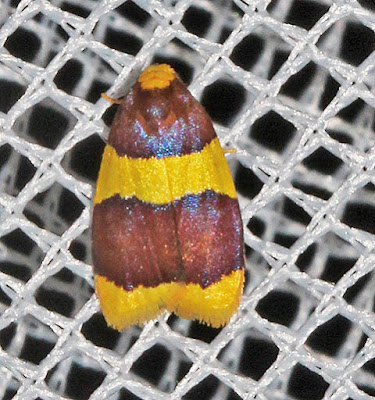 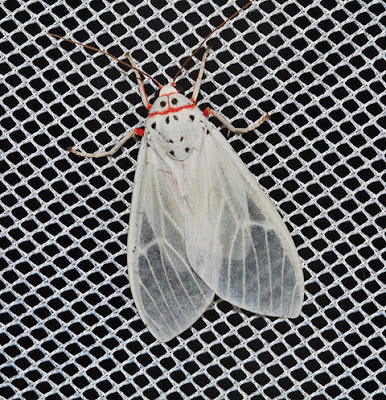 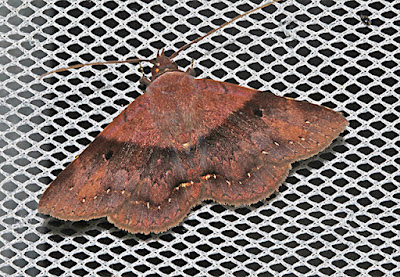 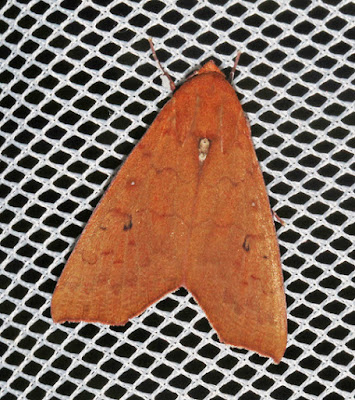 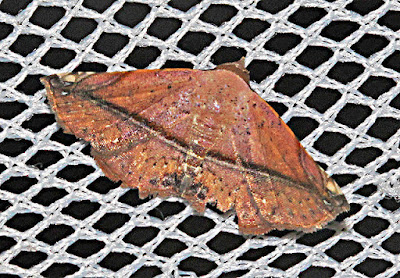 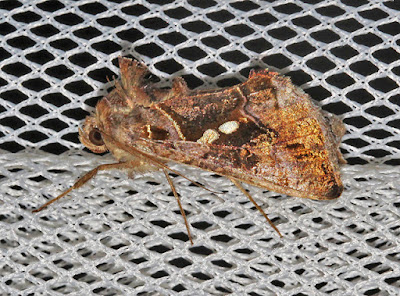 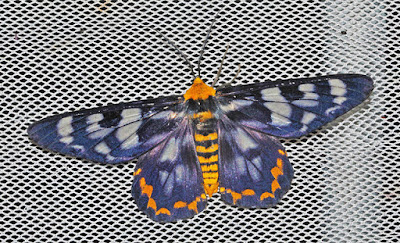 The Moth of the Night
The Four O'clock Moth, Dysphania-numana. BR photo