at the Light Sheet

Even in winter there is always something of interest at the light sheets. Here are a few examples. 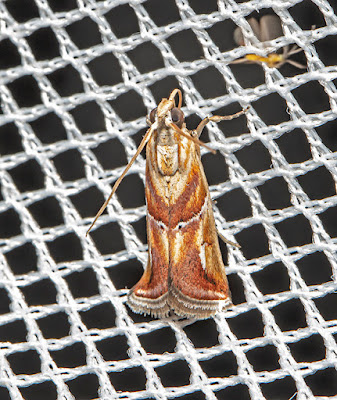 This little crambid moth is very common but when a fresh specimen is observed from close-range, it is a very gorgeous little creature. 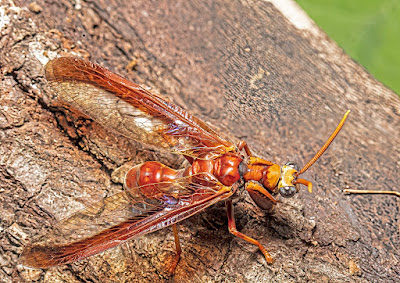 Appearing as a wasp to the uninitiated, this is not a wasp at all. It is a neuropteran in the family Mantispidae, Euclimaciella sp. It has many deceptive morphological structures such as the wasp-like modified and bent abdomen and the dark brown costal margin of the fore wing that present to appearance of a nasty vespid wasp. 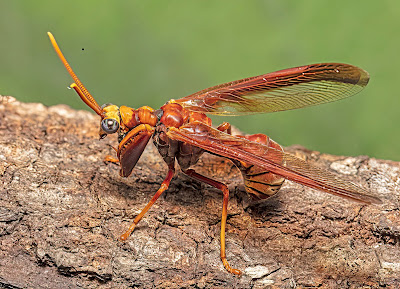 But then the business end has modified, mantis-like forelegs that belie the habits of the insect. It is a predator. This insect is not related to the mantids but has a "complete" life history, that is egg, larva and pupa unlike a mantid that has gradual development and no pupal stage. 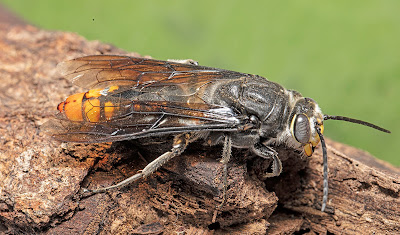 A large male scolid wasp. This is the first time I have seen this species at my lights. It appears to be nocturnal as the large eyes suggest. 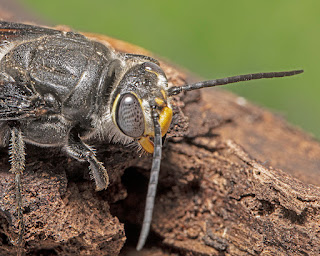