Now It Is Small White Moths

We have recently had literally a plague of small black carabid beetles, Gnathaphanus philippensis (Chevrolat), attracted to lights at localities along the coast from Port Douglas south to Innisfail. I did a post about these beetles in 2011, see:  https://bunyipco.blogspot.com/search?q=Gnathaphanus. It seems that they appear in huge numbers every 11 years or so. The beetle is not an Australian native but occurs naturally in south Asia. They are exceptionally abundant and cause concern to businesses because ther beetles are attracted to lights at night. They do not seem to cause any damage. It is their numbers that concern the general public. 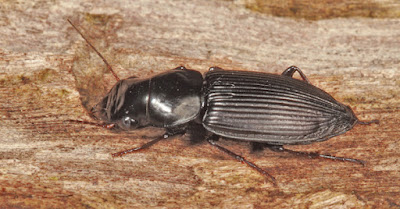 In the past few days a small moth has appeared in considerable numbers around lights in Kuranda. It is in the family Erebidae (formerly Arctiidae), subfamily Arctiinae. It is Chamaita barnardi (Lucas). As far as I know, the larvae have not been discovered. The moths may be associated with the flowers of the tree, Elaeocarpus bancroftii, the Kuranda Quandong.  The trees are in heavy flower at the moment. Male moths measure about 5.0 mm in length while the females are slightly larger at 6.5 mm. 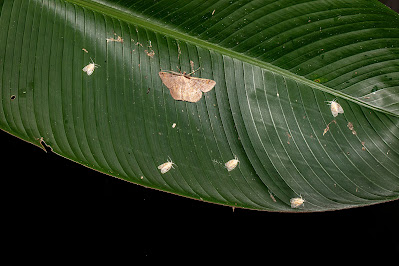 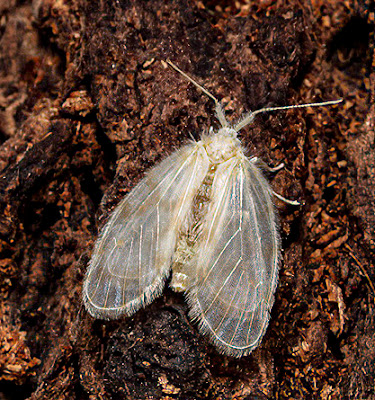 A worn individual illustrating the translucent wings with the colours largely faded. 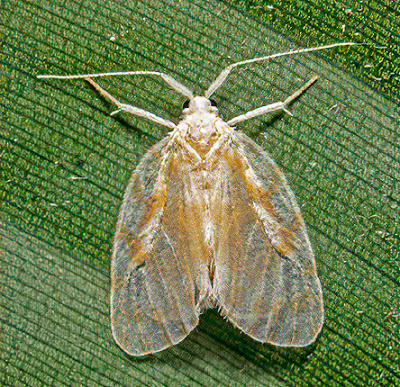 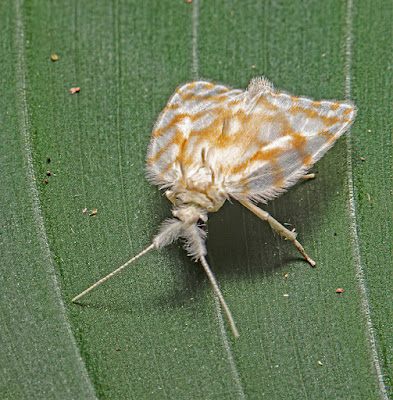 Front-on view showing the antennae with the hairy basal segments. This individual is less worn than the others.