Love is in the Air: Lovebugs

Almost every time we put out  light sheet in northern Australia, no matter where, in or around rainforests or out in the open country where mixed forests dominate, "Lovebugs" show up. 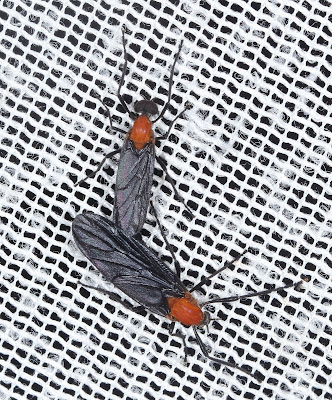 Firstly, Lovebugs are not bugs at all. They are flies, relatively primitive flies in the family Bibionidae. There are about 30 species in Australia. The larvae live in the soil and are considered beneficial in that they help to decompose leaf litter and other organic material.

The flies usually arrive shortly after the lights are turned on. They arrive singly but it does not take long for males to find females and mating to occur. In this shot, the male is the top fly.

Males have a differently shaped head with large eyes that are only narrowly divided. 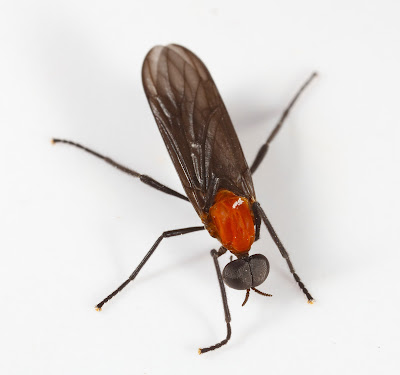 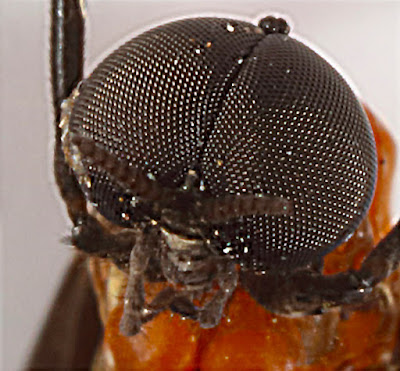 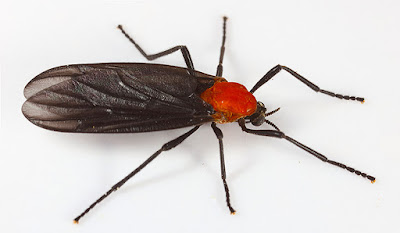 
Females have more prognathous, or projecting mouthparts, seemingly adapted for dipping deep in the floral parts of plants.

What do Lovebugs do, other than the obvious? Adults feed on flowers and probably are pollinators as they can live for about 3 days. Males seem to have reduced mouthparts and may not feed.

In Florida, an introduced species from South America, looking very much like P. ornaticeps, occurs in such number that flying swarms can obstruct windscreens at certain times of the year.

Taxonomists usually rely on the structures of the males found at the tip of the abdomen to make their identifications. 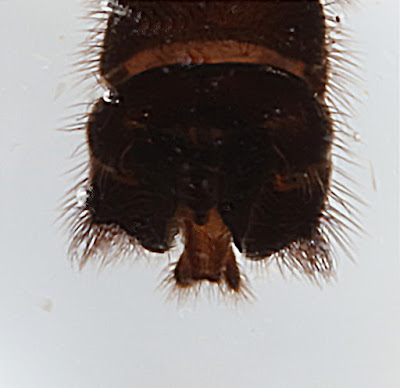 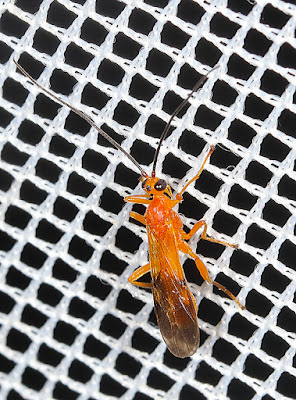 a braconid wasp at the same lightsheet as the Lovbebugs

This fly seems to be involved in a mimicry complex. Birds and lizards seem to avoid eating the adult flies. The flies usually spend the day on the light sheet, whereas, the moths, beetles and other insects that accumulate seem to be rapidly consumed by birds. Could the braconid wasp shown above be part of such a complex?
Posted by Mr. Smiley at 10:50:00

Brilliant post Dave - cheers. And how good is that shot of the compound eyes!