We have been worried about Mr Cassowary. It has not been a good year for cassowaries around here. One of the new females was hit and killed by a car on Black Mountain Road a couple of months ago. We have seen the original Mrs Cassowary on a number of occasions. And we had heard that Mr Cassowary had two chicks this year some weeks ago. But we had not seen them. This did not worry us too much as logging and council trucks have been routinely using Black Mountain Road for over a year and it would be very dangerous for an adult cassowary to cross with one of more little chicks. 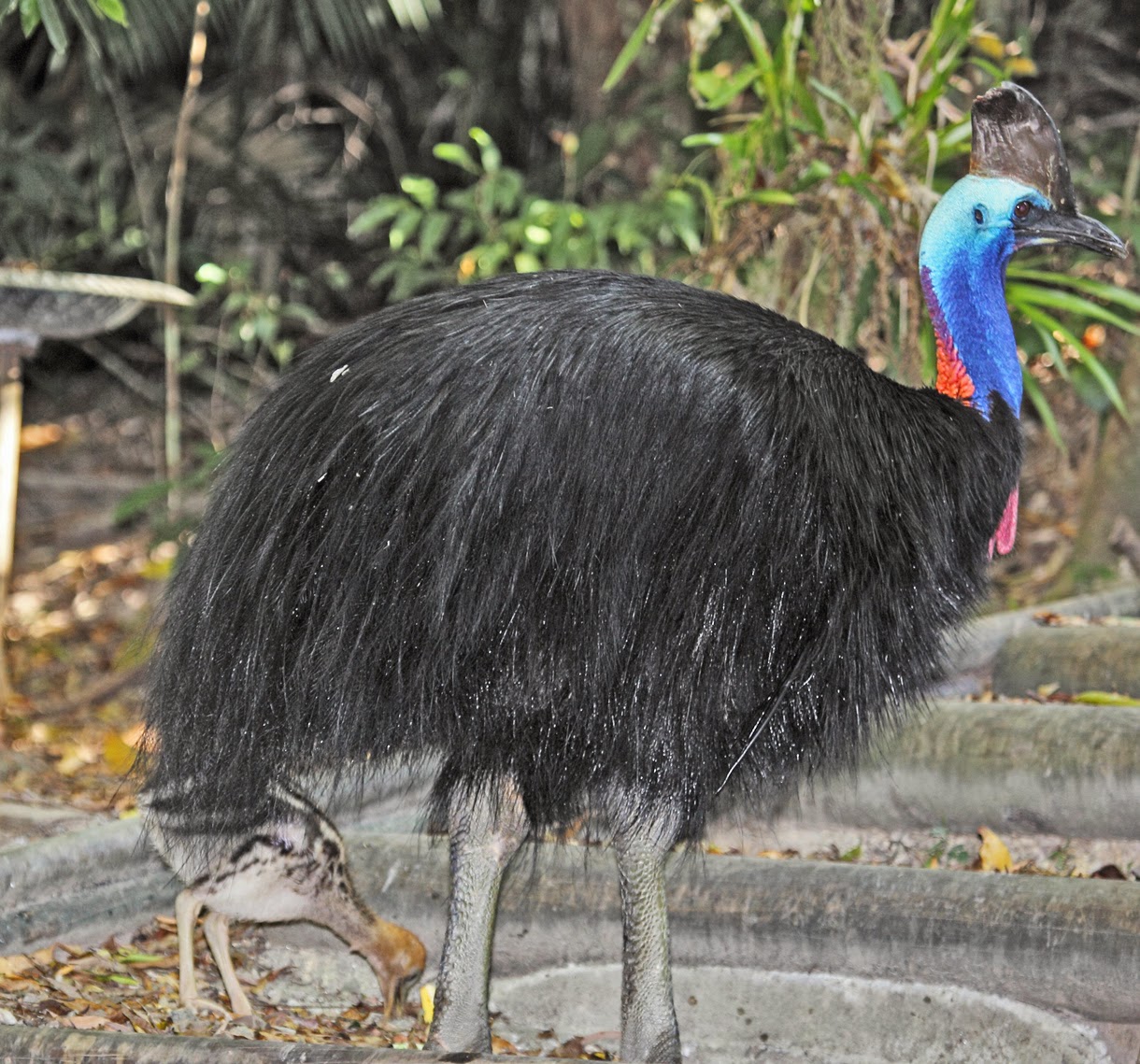 Well late on Sunday afternoon he appeared with one small chick. One is better than none! 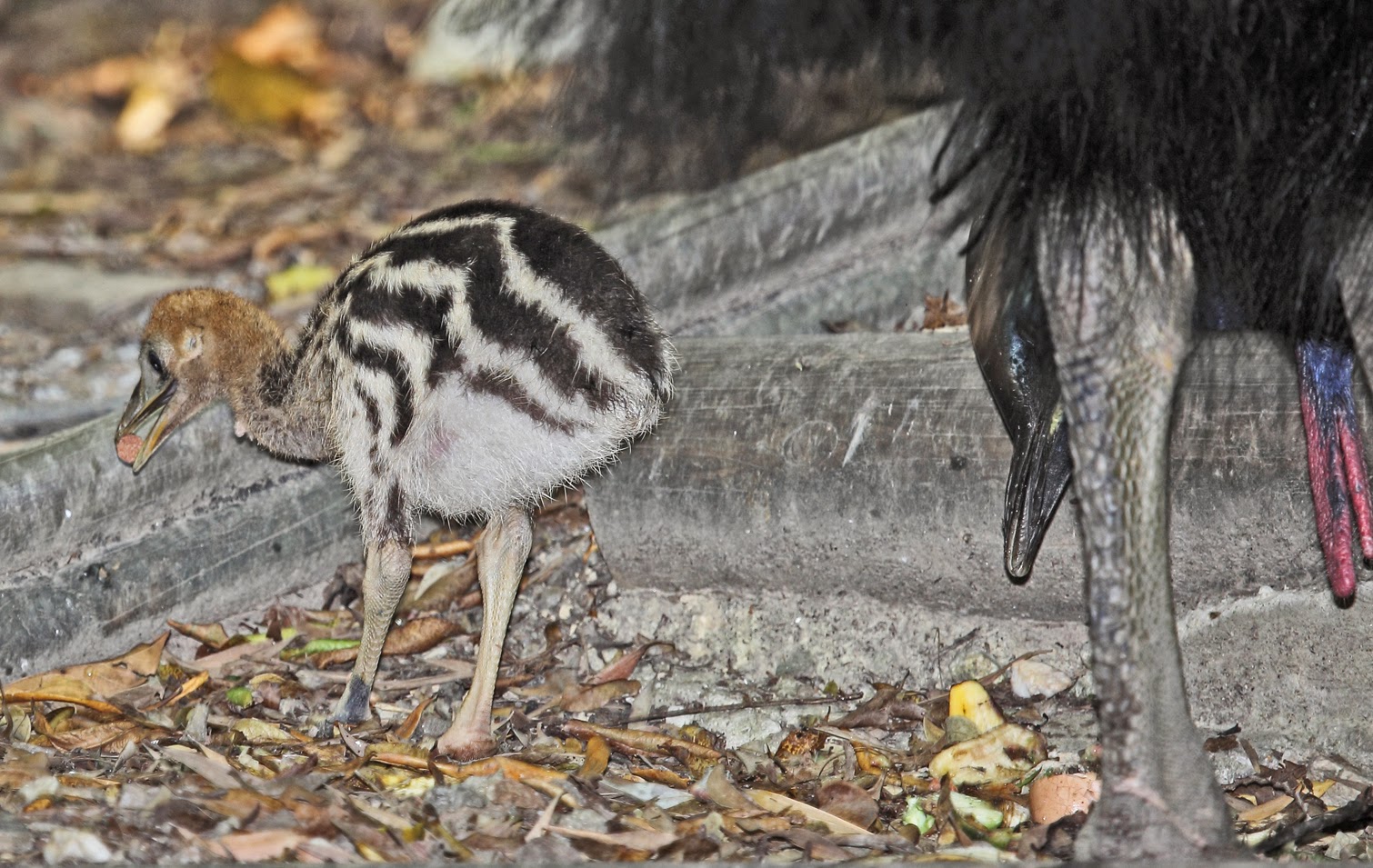 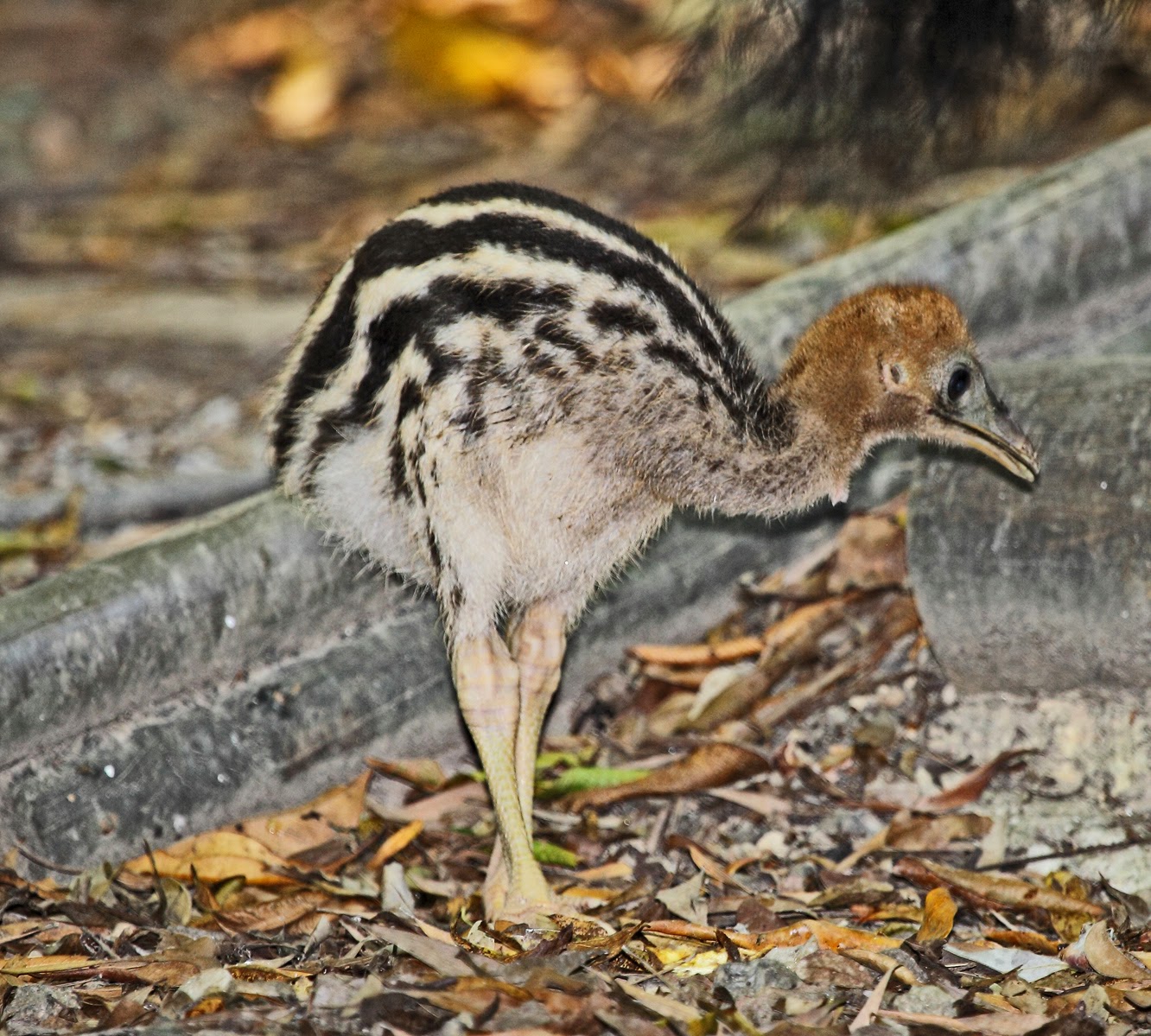 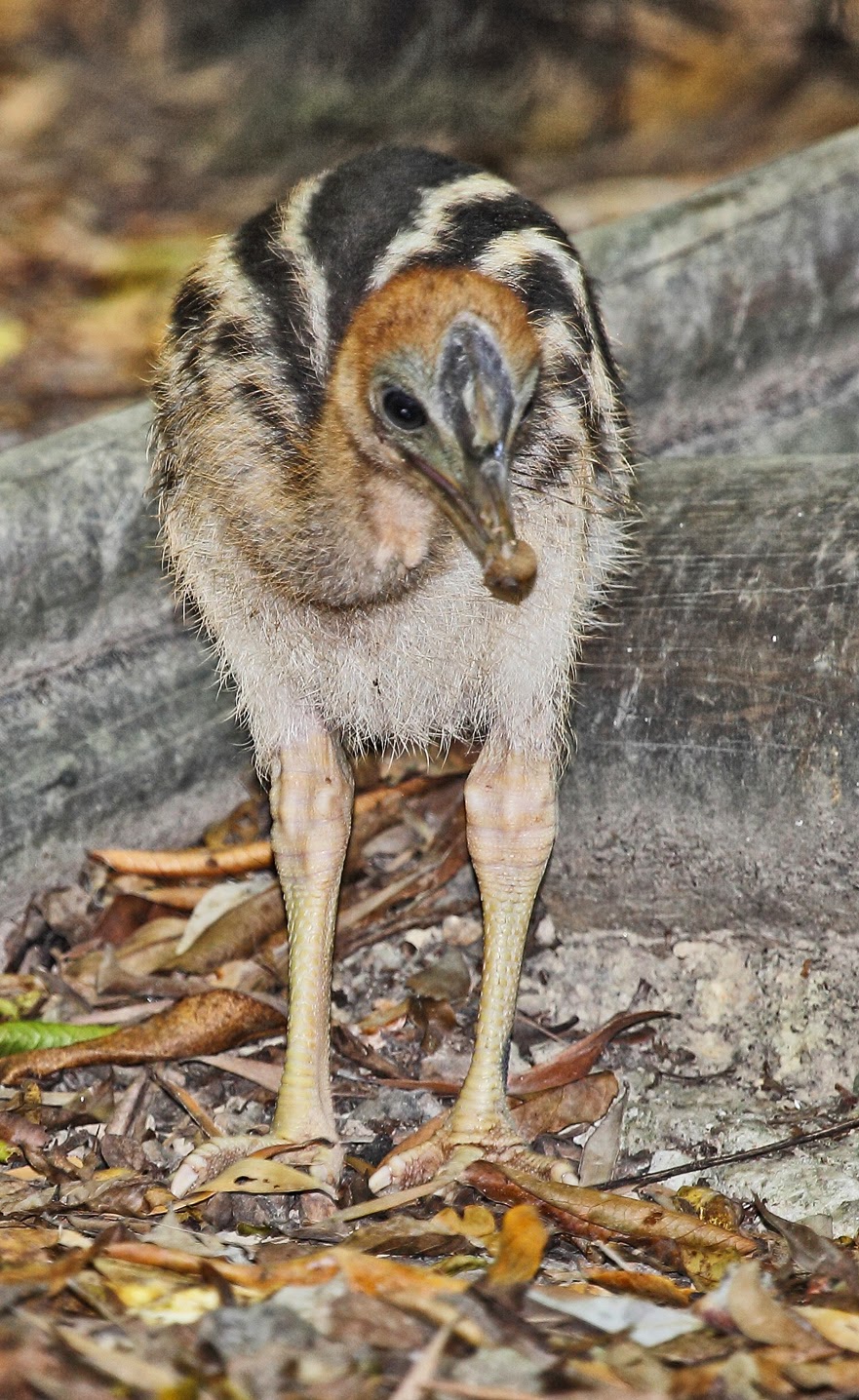 there are lots of potential obstacles for this little fellow, especially this year. It is spring and hungry snakes and lizards are emerging from their winter slumber. It is exceptionally dry and food is scarce. With each footstep the cassowaries take, the leaves crackle and this could alert large predators like the 1m+ goannas that inhabit the forest. They could easily down a small cassowary but they would have to contend with its father and this would inhibit a goanna, especially if it had some experience along these lines. Pythons could also pose a problem at night but the chicks are usually tucked well under the father as they sleep. But a disturbance, like a troupe of marauding feral pigs, might cause him to bolt and abandon the chick.

Good luck to both. If the chick survives this season, it will be a very lucky bird. I will keep you posted.
Posted by Mr. Smiley at 17:27:00

a cute and exciting story that shows how life can be wonderful and yet a little cruel.