A recent trip to the dry (very dry) open mixed woodland north of Mareeba, Queensland started out as a bit of  bust. there was almost no insects activity during the day. But after dark it was different. Many moths and other insects were  attracted to the light sheets.

We usually wander around whilst the lights do their work. I stumbled (literally) upon this damaged mantis ootheca and right along side it there appeared to be some mysterious
"puparia". 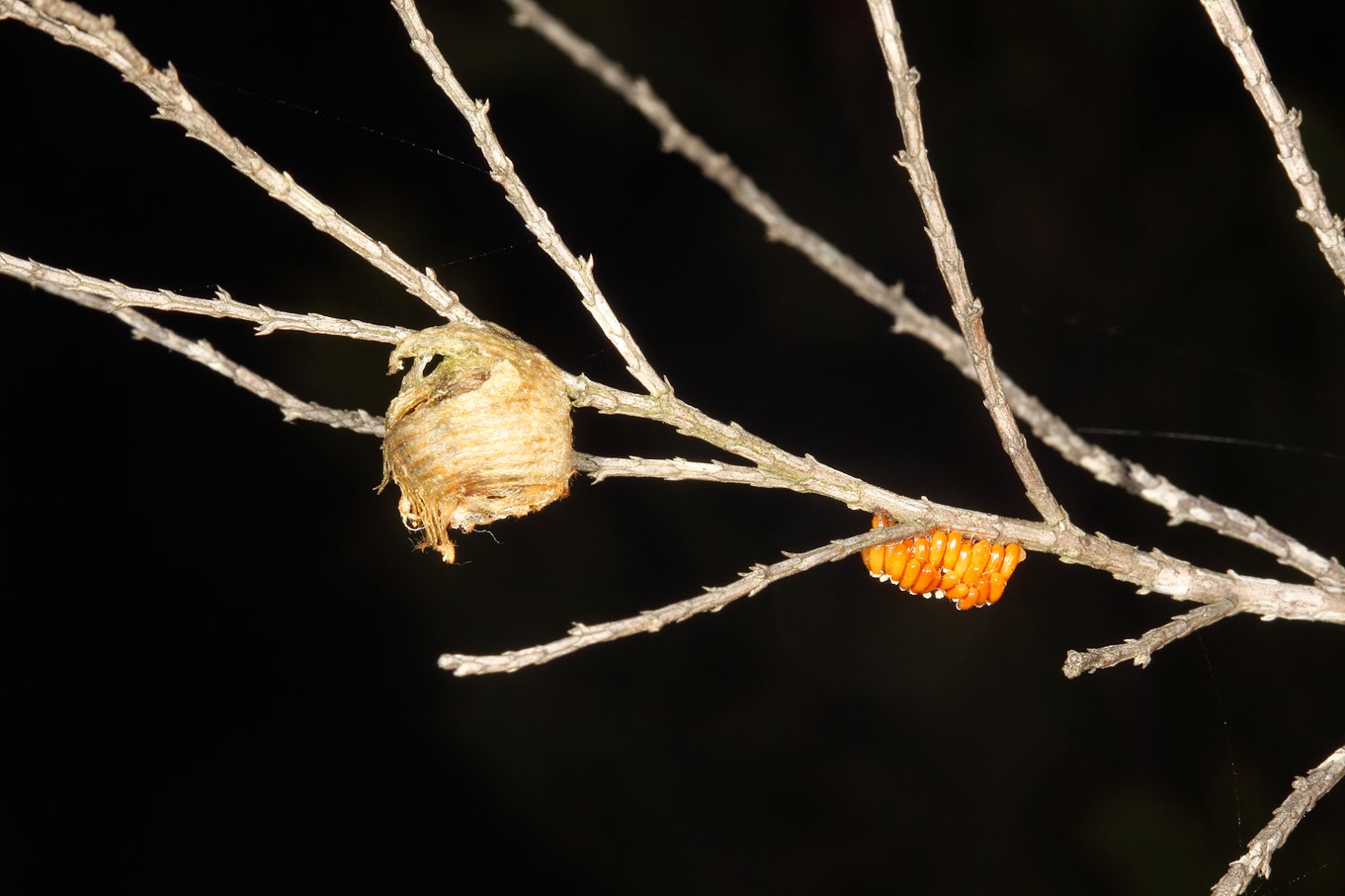 At first glance I thought they must be the puparia of a parasitic wasp, for example the Braconidae, parasite wasps that produce similar-appearing puparia once they emerge from their host. But they are usually associated with caterpillars.

I took the branch back for closer examination. 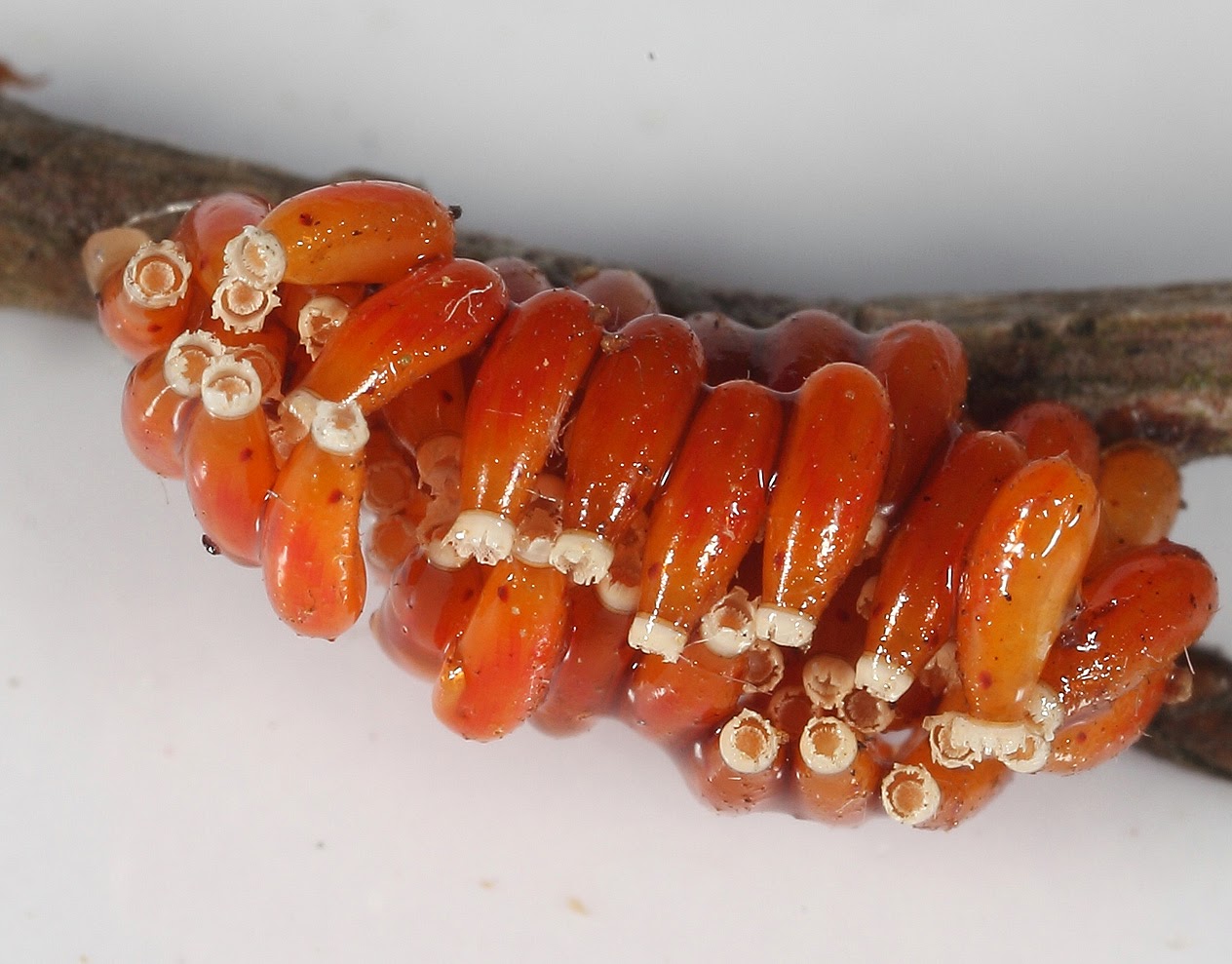 This revealed that they were not puparia at all but eggs. But eggs of what? So I contacted several colleagues, both nationally and internationally. Prof Andy Austin of Adelaide University hit the nail on the head. He thought they might be eggs of an Assassin Bug, family Reduviidae. 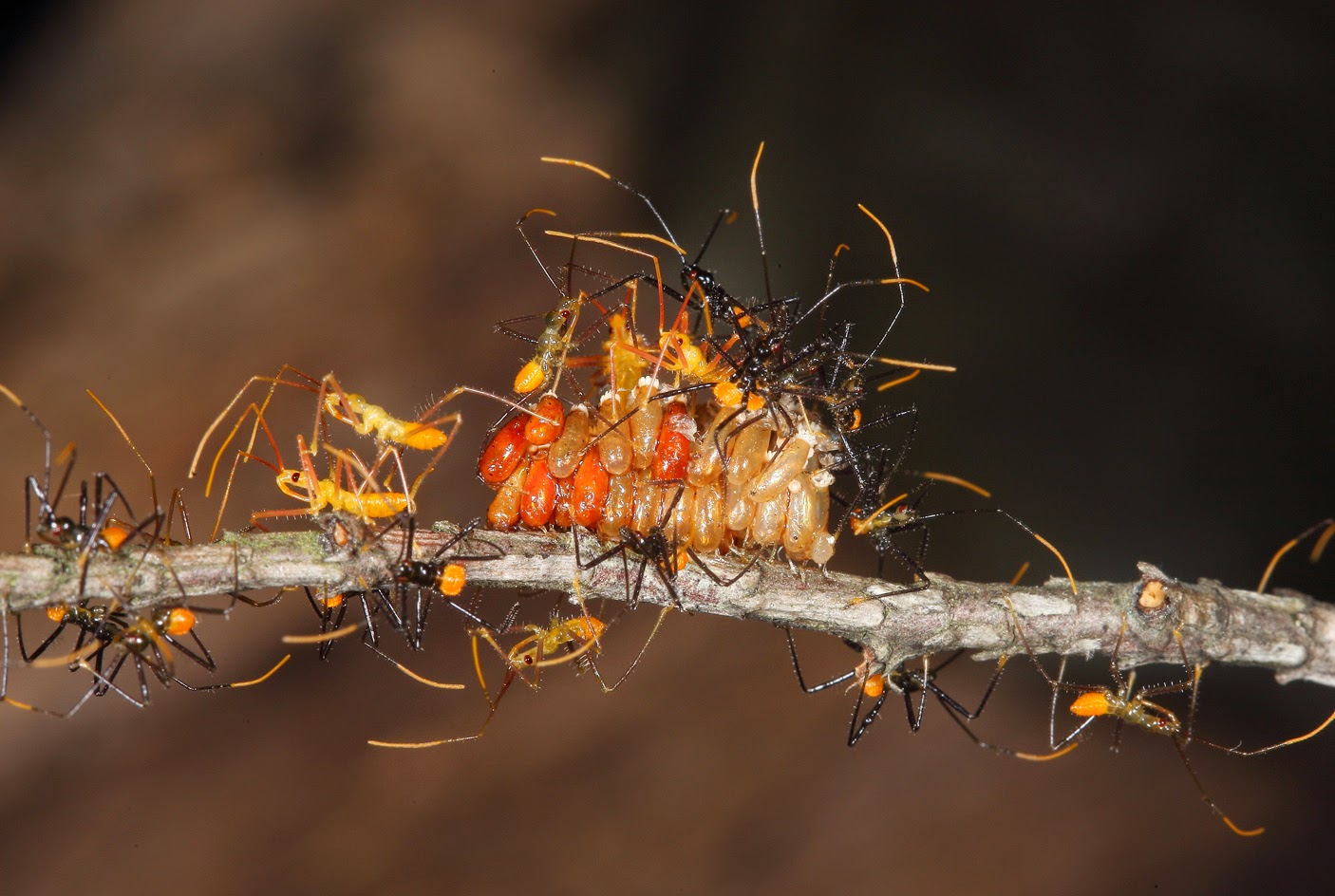 Sure enough, that is exactly what they are. A couple of weeks after they were collected dozens of Assassin Bug nymphs emerged. 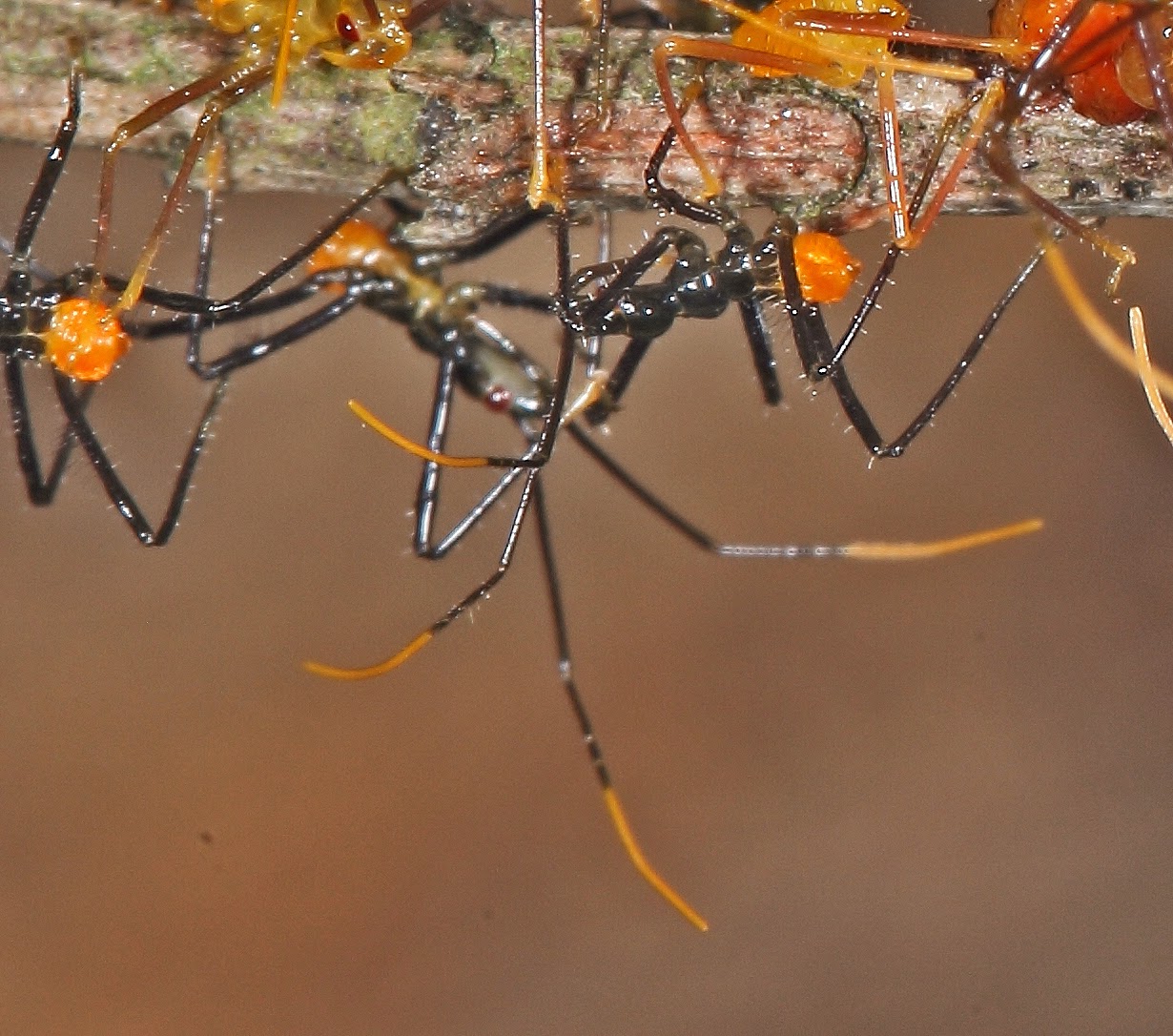 From the tangle of legs and antennae it is easy to recognise that they are Assassin Bugs.

There were two distinct colour morphs. The golden nymphs may be newly emerged and have not yet coloured up. Note the beak. Assassin Bugs are predators and puncture their prey and suck the bodily contents of the victim through the straw-like beak.

Now why are the eggs so close to the mantis ootheca? Did Mrs Assassin Bug have a feed of the eggs and deposit her eggs right there? Both the mantids and the bugs are predaceous and very hungry when they hatch. Was there a method in her madness, or was this just happenstance? Probably the latter as I know of no other instances of Assassin Bugs depositing eggs near a potential food source. Any thoughts on the matter? And if she ate the mantis eggs, there would be no mantis nymphs to emerge from the ootheca.

David - would an adult female assassin bother eating mantis eggs - given that she would need to pierce both the ootheca material and the tiny eggs. Wouldn't have thought it was worth it. And the ootheca looks to be torn apart rather than pierced. But I love the idea of her laying near a food source. But as you say, probably just coincidence.

Have only recently come across your blog site and am loving it.

Thanks for the thoughts, Harvey. The last paragraph was just conjecture and a bit of a "tongue in cheek" rib at a friend.