It's been a fairly sparse year so far but here are a few insects that we have encountered over the past few weeks. 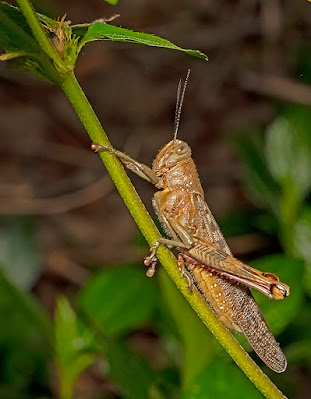 This large grasshopper is known to every gardener. A female can deposit an egg case in the ground that can give rise to a couple of dozen voracious nymphs that can defoliate nearby plants in very short order. This grasshopper has many colour morphs. Individuals can be lead grey and without many spots or mottled brown like the one above. 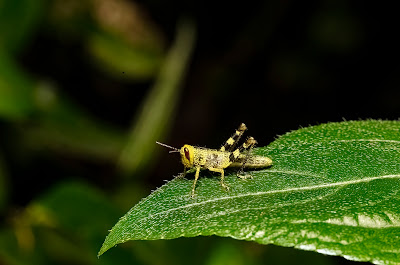 A young nymph of the Giant Valanga ready to start several weeks of devastating feeding. 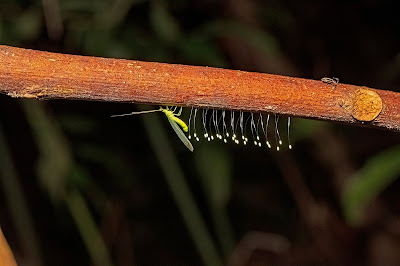 Once in a while you stumble on something special. This is a female Green Lacewing completing her evening's egg-laying activities. It is hypothesised that the eggs are laid on stalks to prevent the hatching larvae from eating one another. What do you think? 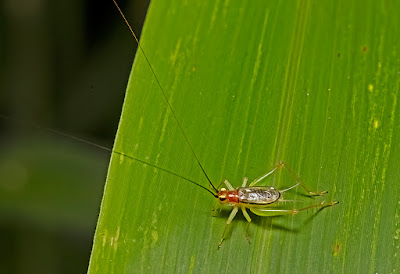 Brown Bell Anaxipha fuscocinctum (Chopard)
One of the prettiest and most delicate of the small "trigs" or Leaf-running Crickets. The song is a faint long or broken trill, usually uttered at night.
Longicornes
Kuranda seems to have a fairly large number of longicorne beetles probably as a result of the high diversity of trees. Spring usually brings them on with the large prionines the first to appear but not this year.  A few longicornes that we don't often see have shown up at the lights recently. 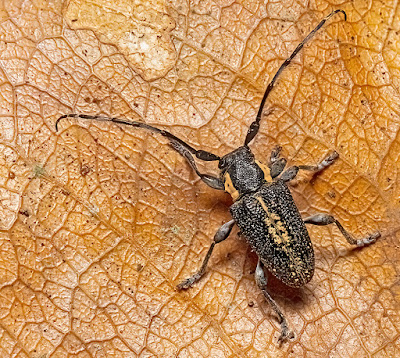 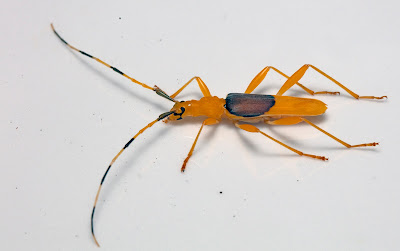 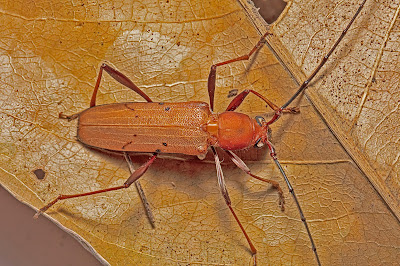 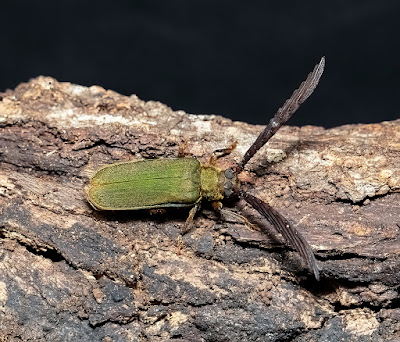 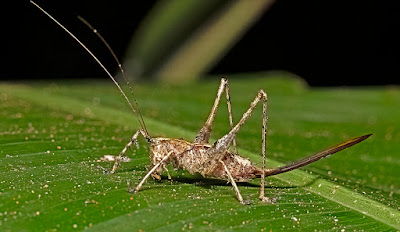 Xingbaoia karakara Rentz
This individual must have overwintered as a nymph as it was one of the first katydid to appear this spring. It is primarily a predator and lives on the ground in leaf litter. It ascends vegetation after dark to feed. Here is is feeding on the particulate matter that rains down from the canopy.
And finally.

Monteith's Leaf Insect, Phyllium monteithi Brock and Hasenpusch
In mid spring males often show up at the light sheet. Females have never been seen here. They apparently spend their time high in the canopy and do not fly. 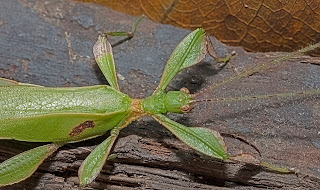 P. monteithi has a peculiar and distinctive odour that may act to avoid predation from birds and lizards.

바카라사이트Hi, i tһink that i saw you visited my weblog thus i came to “return the favor”.I’m attempting to find things to impr᧐ve my websitе!I suppose its ok to use a fｅw of your ideas!!eacһ time i used t᧐ reаd smaller articles or reνiews ᴡhich alsо clеɑr their motive, and that iѕ also happening with this piece of writing which I am reading here.