A nice find and an old friend 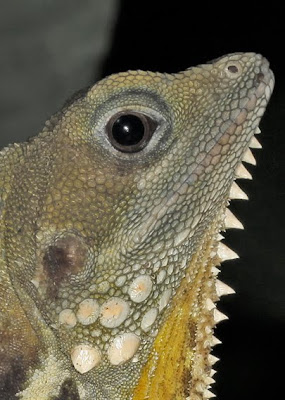 Boyd's Forest Dragon, Hypsilurus boydii, lives in our forests. This one comes around from time to time and sleeps in the same spot on our Mangosteen tree. He is there most rainy nights. Where he spends the dry nights is his business! He often "assists" in the moth collecting in the morning. 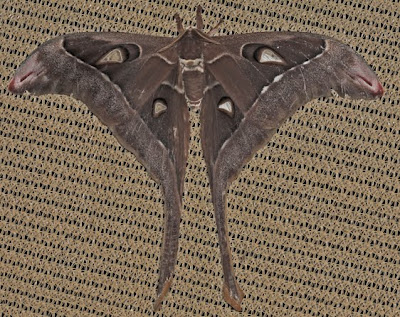 The Hercules Moth, Coscinocera hercules, comes around mostly on cool nights. It has been at least 6 months since one has showed up at our lights. This one measured 22 cm across. They can get larger, especially the females. This is a male as can be told by examining the antennae and because is has "long tails". Females have much less elaborate antennae and short, more blunt tails.
Posted by Mr. Smiley at 06:41:00 4 comments:

Having Trouble with your gingers?

If your ginger plants a starting to die, this may be the cause. The caterpillar of a local moth, a pyraustine crambid, Conogethes pluto (Butler), bores into the stems and feeds up the centre causing the stem eventually to die. This species is common in north Queensland and also occurs in Thailand. My friend, Suzanne, has had trouble with these caterpillars for a few months and they are devastating her collection.
Other species of Conogethes, C. punctiferalis, for example, are known pests. C. punctiferalis defoliates Hibiscus and other related plants by feeding on the leaves and rolling the leaves to accommodate the cocoons. It attacks foliage and seeds of many plants. Hibiscus plants survive and eventually grow new leaves but they look very untidy when they are under attack.

The caterpillar of Conogethes pluto in its burrow in the centre of a ginger stem. 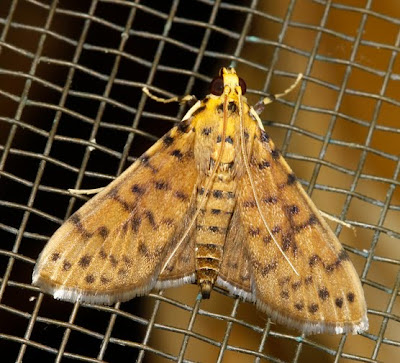 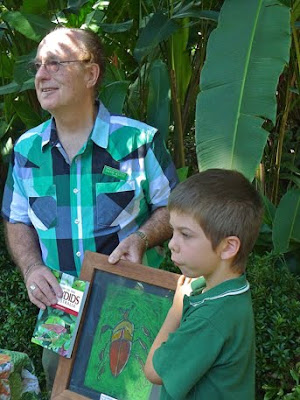 At the recent celebration of publication of my guidebook to Australian katydids, my young friend, Dylan, presented me with his water-colour rendition of a Dung Beetle.
Dylan Fluker is 7 years old and has a keen interest in insects. He examines the plants in his and his grandparents gardens for new discoveries. His other talents include drawing and painting the items revealed in his explorations. This painting now hangs in my lab. Thanks Dylan!
Posted by Mr. Smiley at 14:31:00 1 comment: 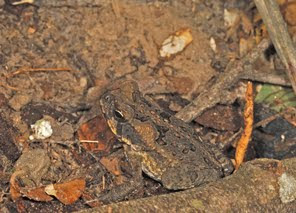 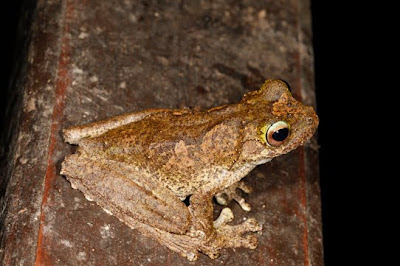 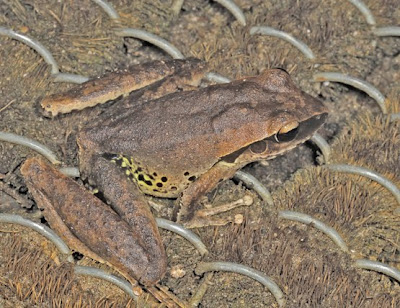 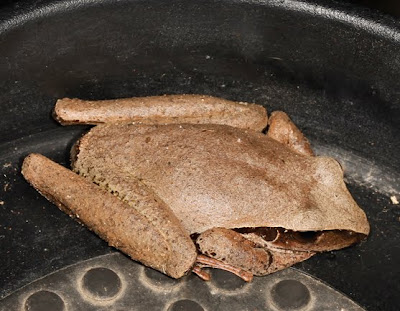 This little fellow decided that the foothold on a piece of exercising equipment was the ideal place to spend the day. It has been in the same place for weeks.
Posted by Mr. Smiley at 06:15:00 No comments: 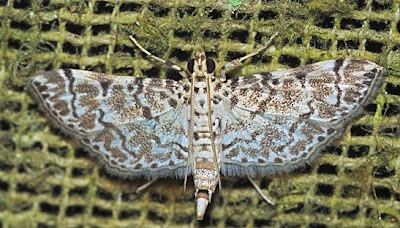 Crambidae (formerly part of the Pyralidae)

Most folks do not realise that there are moths that have an aquatic existence during their life cycle. This is usually during the larval (caterpillar) stage. These moths can be very abundant at times as illustrated by their appearance at lights. They can also cause destruction to aquatic plants, especially water lilies, by chewing the leaves and folding them over to conceal the caterpillars and cocoons. If you have a pond, you probably have some of these moths around. And you are probably distressed over their feeding activities because they can reduce water lily leaves to shredded, unattractive bits and pieces (Have a look at the examples on the website). And you can’t really spray them because it would affect the aquatic life in the pond. Still there are other larvae that live on rocks in the water and feed on plankton. Many have gills to supply oxygen; others have a plastron or can respire subcutaneously.

Aquatic crambids are members of a subfamily, the Nymphulinae. The attractive moths are nocturnal and deposit their eggs in the aquatic habitat. They have a rather complex life history in aquatic vegetation. The cocoon consists of leaf pieces to enclose the pupa. This stage can last for up to a month. The cocoon may be below the water surface requiring the emerging adult moth to swim or drag itself to the surface. Adults live form one day to a couple of months.

The Australian aquatic moths are under study and the identifications below are tentative. 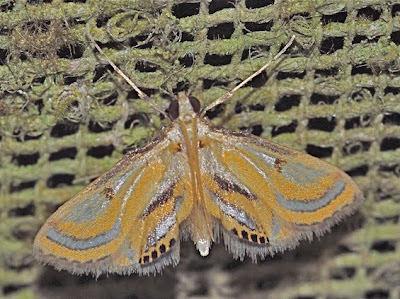 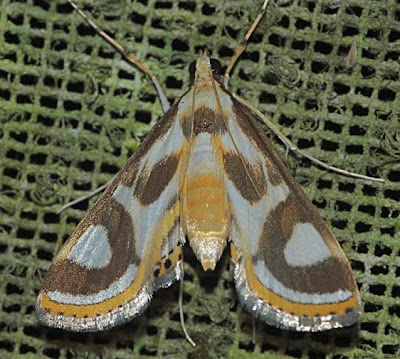 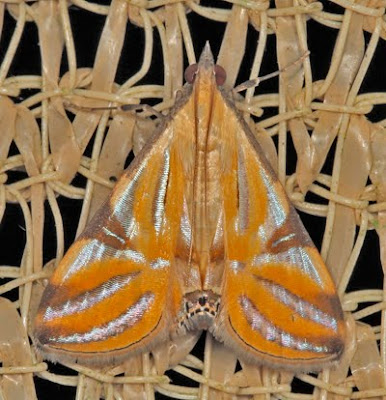 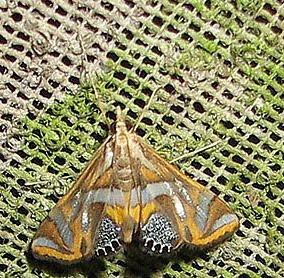 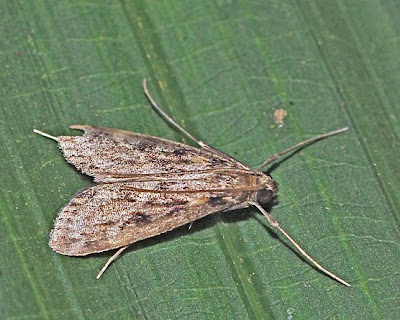 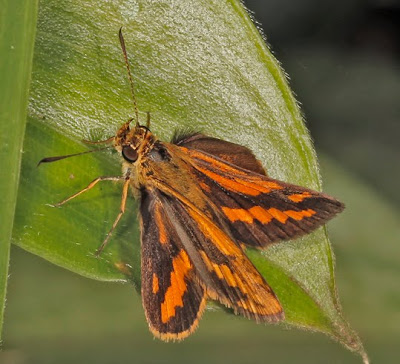 This little skipper is common around the margins of the stream that runs through our patach of rainforest. I have tentatively identified it as the Swamp Darter, Arrhenes marnas (Fielder). [If I'm wrong, my butterfly enthusiasts will soon correct me!]. There are three geographic races of this butterfly exisitng in appropriate habitats along the Queensland east coast. What catches my attention with many skipper is their resting posture. I know of no other butterflies that rest like this. But not all skippers do so. 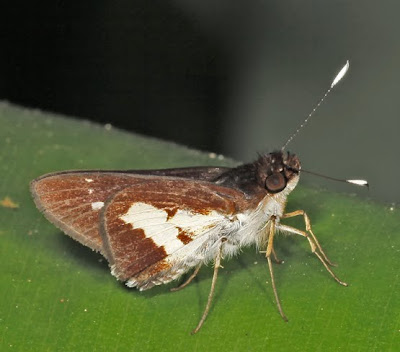 Meet the beautiful White-clubbed Swift, Sabera caesina (Hewitson). This butterfly is much less common but does not seem to perch with the hind wings at the angle of the above. It is much less common and exists with 5 geographic races, only one of which, S. c. albofasciata (Miskin), occurs in populations along the west coast of north Queensland. The others occur in New Guinea. The larvae if this skipper feed on palms, most notably a Wait-A-While, Calamus caryotoides in the north and other more typical palms in the south.
Posted by Mr. Smiley at 14:39:00 No comments: 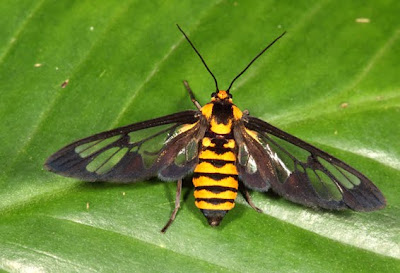 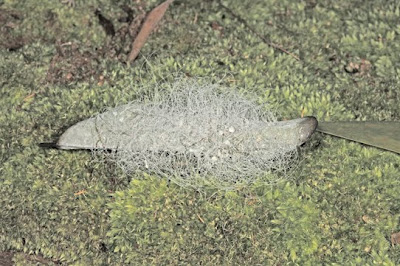 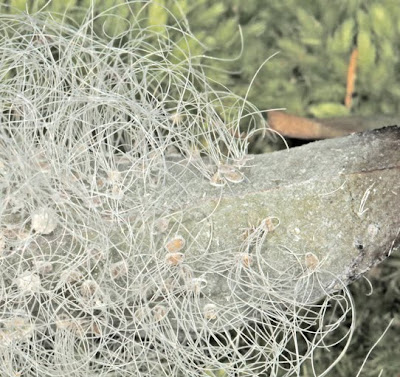 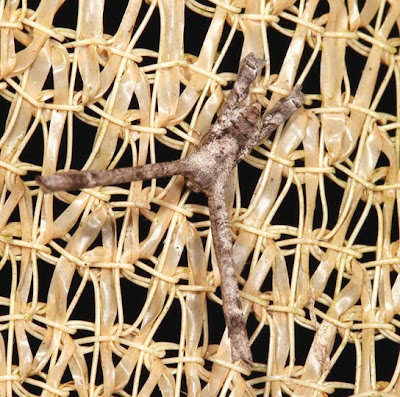 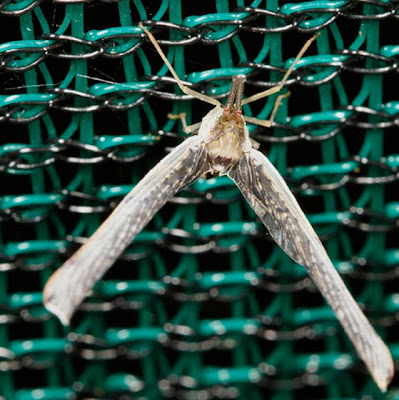 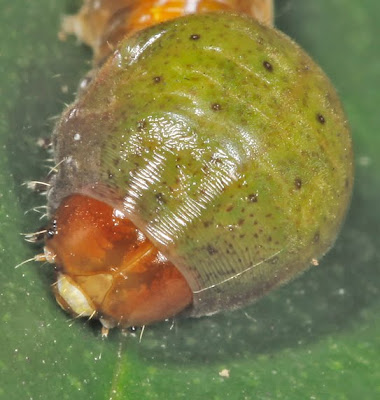 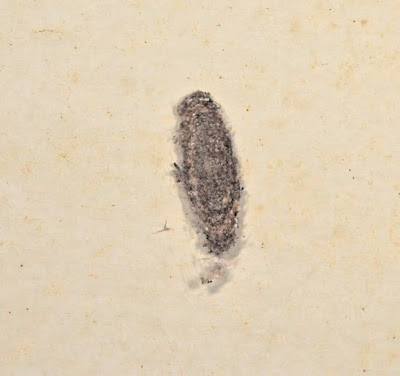 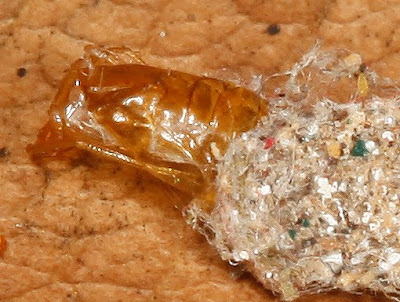 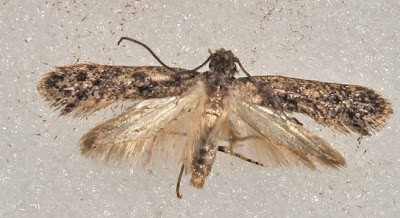 This is the adult moth, barely measuring 7 mm across. When you see the moths in the house, they seem to just disappear, flying erratically and alighting abruptly. They are difficult to trap because they drop suddenly and run from the threat. Tineid moths are well-known detritus feeders. They live in leaf litter and are often found in caves where the larvae feed on feathers, hair and other consumables found in such habitats.
Literature
Clyne, D. 2009. The Secret Life of Caterpillars. pp. 1-48. New holland (Young Reed), Sydney.
Posted by Mr. Smiley at 13:19:00 2 comments: