Everyone is aware that Australia was literally on fire this summer. Many parts of  the country had multiple fires at the same time. At one point New South Wales and Victoria had 40 fires burning simultaneously.

In early March we were in Canberra and had the opportunity to visit the south coast in the region of Bateman's Bay. At the time there was an appeal for Canberra people to visit the coast and help revive businesses that had suffered because the fires had isolated them from the usual summer tourists. Bateman's Bay itself was overflowing with visitors on Canberra Day and the various businesses were most grateful. This was before the present coronavirus scare which is isolating the holiday destination yet again..

Since the fires the entire region had drought-breaking rains that not only put out all the remaining fires but also helped to rejuvenate the land. In just a few months, it was astounding to see the regrowth.

Eucalyptus and many other Australian plants have adapted to fires. Even though the fires were very "hot" if the trees were not too "cooked" they remained alive and with the rains, regrowth commenced.

Here are a few photos that illustrated the remarkable resilience of the Australian flora. 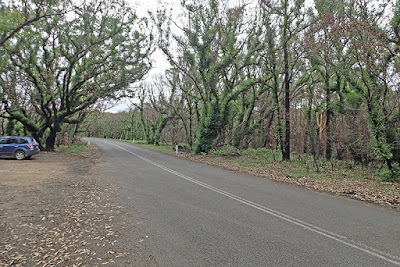 Duras North, New South Wales, north of Bateman's Bay. Note the regeneration, especially along the bole of the trees. Also of note is the absence of understory shrubbery. The fires were so hot that they were burned out. 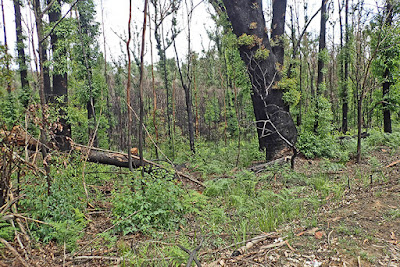 Most of the undergrowth is gone but some regrowth is occurring. Bracken and introduced weeds may eventually take over.  Some of the old trees have fallen creating habitats for many creatures. 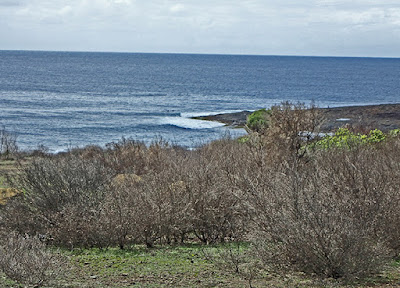 Bawley Point, about 30 km north of Bateman's Bay. The fires went right down to the water consuming the shrubby acacias. 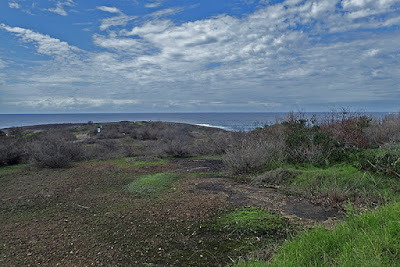 Bawley Point with burnt shrubs in the foreground. 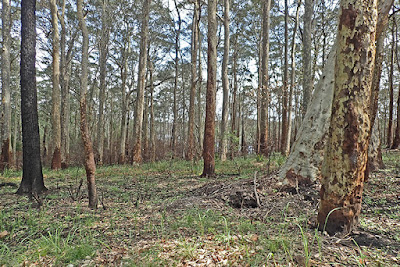 Bawley Point, New South Wales.  Fire swept through the coastal forests removing all of the shrubby growth and almost all the leaf litter. But just across the road from the conflagration, the houses were untouched. This was largely due to the intervention of the local volunteer fire department (Australians call their local volunteer fire people the "firies"). Not a single house in Bawley Point was lost even though the fires came very close because of the interdiction of the firies. 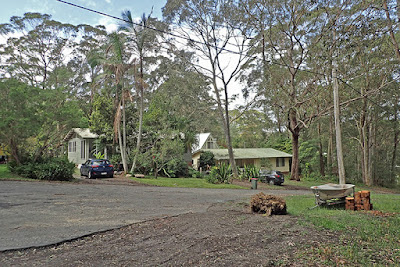 Hi David
I have just remembered about your great blog. You may also be interested to look at this blog by some friends of mine from the burnt out area near Lake Wonboyn.
https://southernforestlife.net/blog-overview-page