A Bit of Sad News 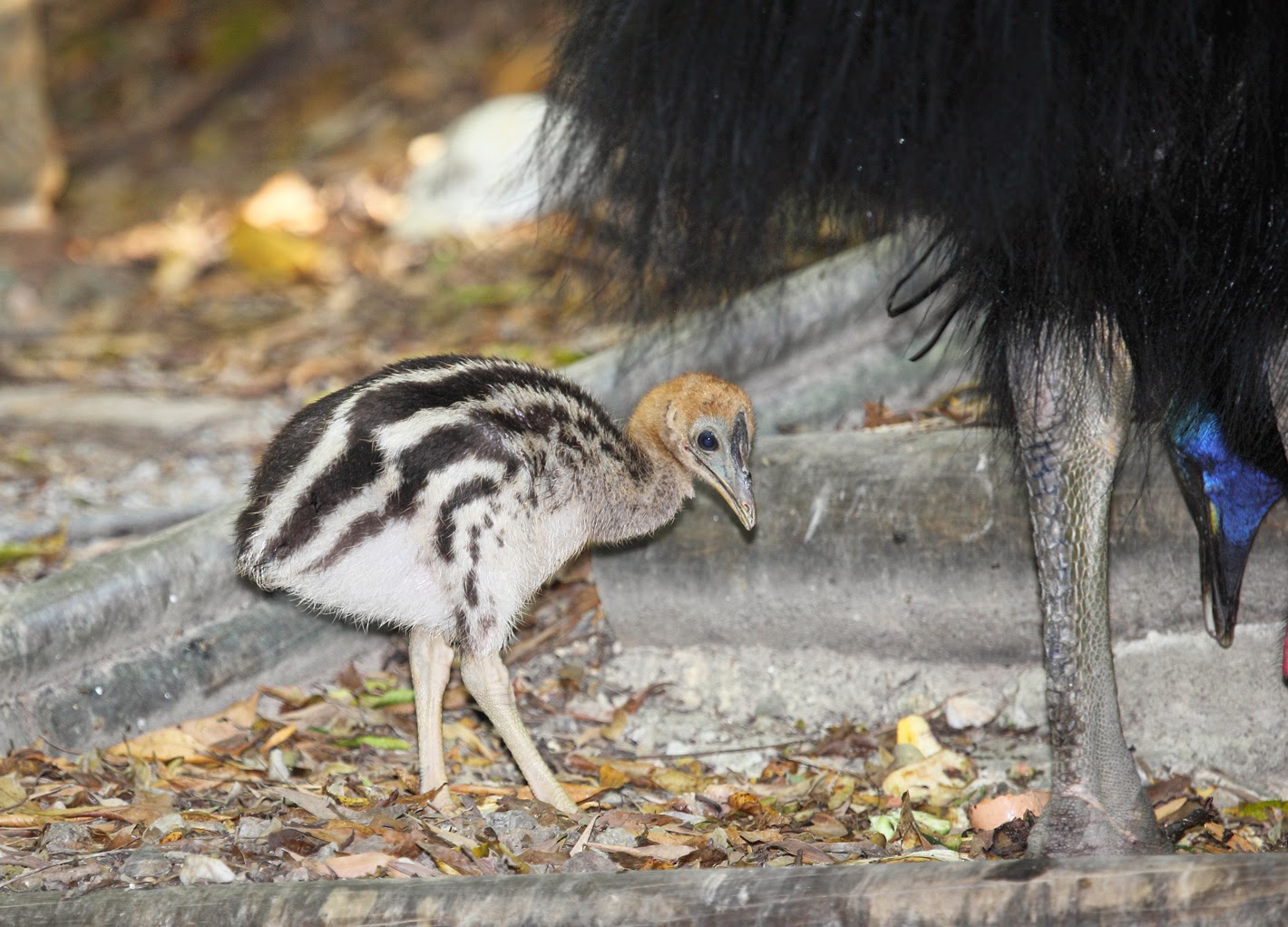 This year's chick is past history. About 2 weeks ago, the male showed up without the bub. He has wandered in several times since, each visit without his youngster.

What could have happened to this little fellow? Well it could have been taken by a predator. These include large goanna lizards, feral cats, dogs, snakes like pythons, or owls and hawks. Or it could have been the victim of an accident. Falling branches and limbs are a constant hazard in the rainforest. I was almost hit the other day by a big branch that crashed down under the weight of  its developing fruit. I was surprised at how quickly it all happened. No chance of stepping aside to avoid it. Or the chick could have been hit by a car. The latter seems unlikely as its body would have been seen by locals- unless it was removed by an embarrassed motorist.

Neighbours have seen the pair of cassowaries courting since the bub disappeared. Whether the male will attempt to bring up another clutch of young remains to be seen. We have not experienced his fatherhood with youngsters this late in the season.

Our area seems saturated with cassowaries. They have large home ranges and do not tolerate intruders even if they are their own kin. Once the chicks have fledged, that is it. They get driven out of each successive territory and end up at the extremes of favourable habitats. It is said that they eventually perish at the margins due to the potential hazards noted above or they simply starve because their specialised foods are not available.

That is very sad news- what a terrible shame.