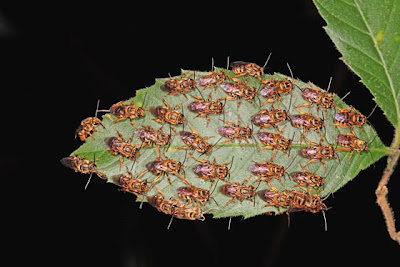 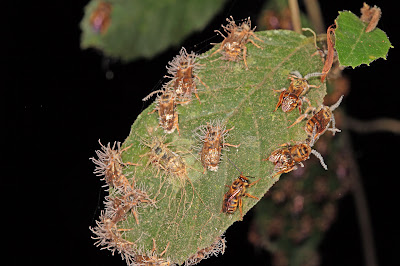 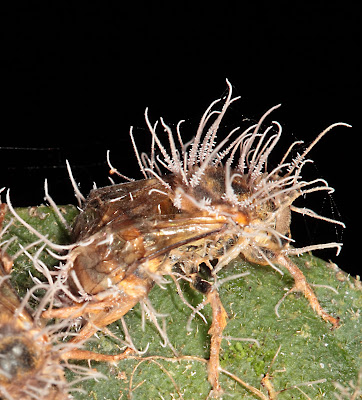 The fungal spores are clearly seen in this individual bee. The spores can be air borne and infect others as they return to the site night after night. Or bees can be infected simply by coming into contact with the spores that are on the leaves themselves.
Posted by Mr. Smiley at 05:25:00

Who said night life in the outback is boring?

Terrific capture and so amazing. Is this the same fungus that gets ants too, and causes them to go crazy? Or are the fungi specialized to their hosts?

Spectacular set of photos! Makes one wonder what happens to the females that the males spend the day chasing.

So very eerie and fascinating.

I enjoyed reading your article. Please make more interesting topics like this on.
I'll come back for more :)

From Japs a researcher from Beddingstock gel memory foam mattress