What a thrill to se Mr Cassowary show up for the first time of the season with 4 youngsters. They are a little larger than the young he first showed up with last year indicating they are a bit older. He seemed unperturbed by my presence and allowed photos and admiration. Then, a quick as they appeared, they vanished into the undergrowth. Now let's hope the dogs, pigs and cars show a little respect. 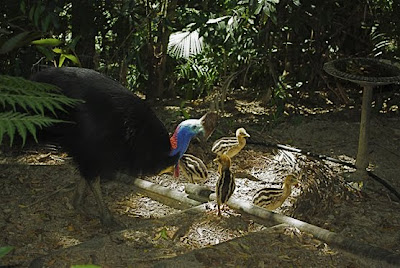 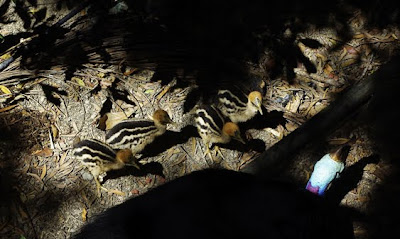