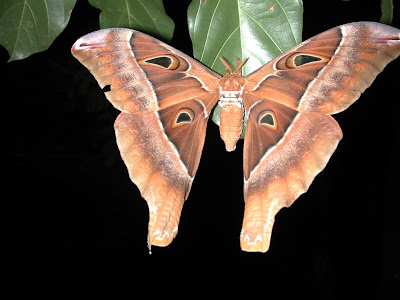 The Hercules Moth Coscinocera hercules (Misk.) is the largest and among the most spectacular of Australian rainforest moths. It is a common visitor to lights in the eastern tropics and always attracts attention because of its large size. Females are larger than males and live longer than the one or two days that the males do. Males exist only to mate and then they are done. Most don't survive longer than the first night. They are easy prey for a variety of predators. The most common predator at my lights is the Black Butcher Bird that comes along on first light to check the sheet for goodies. The moths seem to come to the lights on cooler nights in spring and summer.

Peter Shanahan took some great photos of the large larva of this moth recently prompting this post. The larvae feed on a large number of common rainforest trees and, therefore, the species itself is quite common. 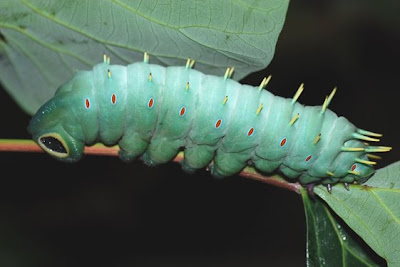 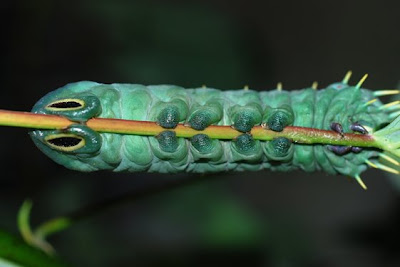 They are a spectacular moth, I caught a male on a holiday in the tropics a while back.

Suddenly I want to come and live in Kuranda!

Here in California we call that the Governator moth.