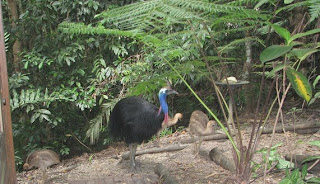 Father Cassowary and the three chicks. 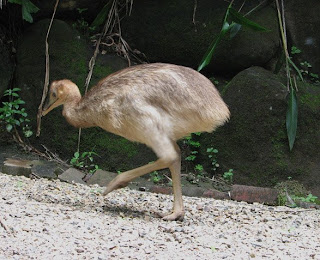 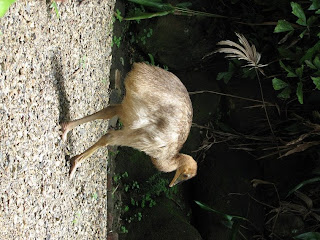 The baby Cassowaries have just about lost all their striping. The stand almost a metre tall but still have their “baby squeaks”. They are not coming around as often as previously. Two or three days can pass without seeing them. There are numbers of forest trees in flower and fruit and the Cassowaries are not as dependent on local residents as before. It has been our experience with local birds and mammals that they quickly abandon feeding stations when natural foods are on offer. The return to normal rainfall patterns has prompted many trees and shrubs to flower and fruit. Thus, bird feeders are not so often used and that’s good.