A Gecko Bites the Dust

It must be an evolutionary embarrassment for a vertebrate to meet its fate at the hands (or fangs) of an invertebrate. It happens often. Giant centipedes capture nesting birds and roosting bats; large spiders capture birds, lizards and even small snakes.

We have been watching a large Golden Orb-weaver (Nephila pilipes) just outside our bedroom window and discover this morning that it had somehow captured a fairly large gecko overnight. It is probably an Asian House Gecko as they are fairly common both inside and outside the house. But they don't venture far from human habitation.

The photos are not the best because of the precarious position of the spider, my age, and my wife! But look closely and you will see a male spider on the abdomen of the female as she tends to her prey. 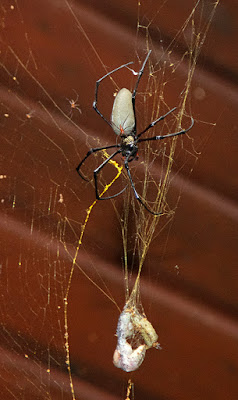 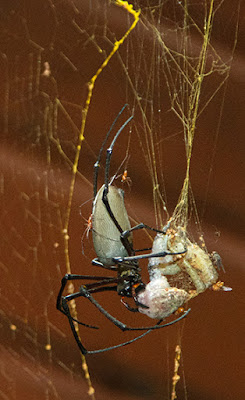 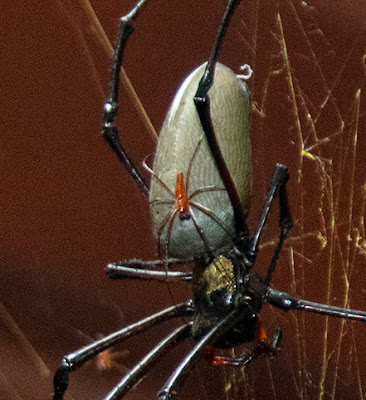 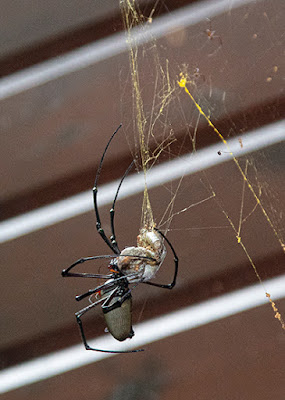 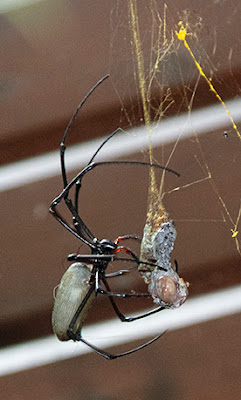